Rehgar: A guide for average or new players

Rehgar: A guide for average or new players 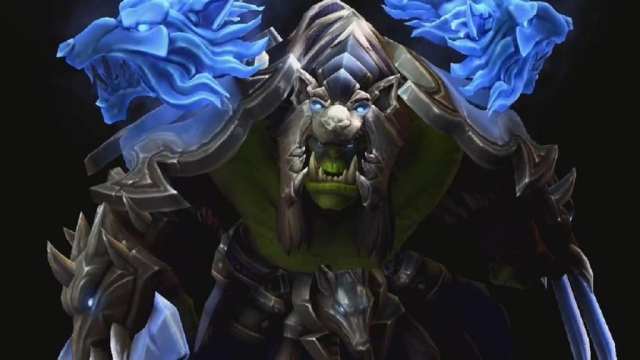 Rehgar is a hero in Heroes of the Storm that supports his team through healing, waveclear, slows, and decent damage. In this guide, I’d like to break down a newer build that we’re seeing for him and give some tips for playing him effectively. Let’s go!

(Q) Chain Heal: This ability is Rehgar’s primary way of healing his team. Once you press Q on the hero in need of help, a burst of healing energy travels from Rehgar to the target. Once that target has been healed, the burst of energy travels to two more allies who have less than 100% of their health.

(E) Earthbind Totem: Though it’s a relatively simple ability, Earthbind Totem can be very annoying to play against. This totem, when placed, slows enemies in an area around it for 35% of their movement speed.

(Trait) Ghost Wolf: When Z is pressed, you instantly shapeshift into a wolf with the movement speed of a normal mount. While in wolf form, you can auto-attack an enemy to lunge forward and bite them for increased damage before shifting back to your usual form.

Ancestral Healing: When cast on a target, this heals for a very large burst of health after a 1-second delay.

Bloodlust: When cast, all your nearby allies gain a lot of attack speed, movement speed, and they heal for a portion of the damage they deal.

Rehgar has a couple of builds, but in this guide, I’m going to go over the one that has been working well for me lately. It’s shown up a lot recently in professional HGC play and has served me well in my personal games.

(Level 1) Electric Charge: This talent increases the radius of your Lightning Shield, which allows for easier camp-taking, better waveclear, and makes sure that you consistently hit more enemies with it.

(Level 4) Stormcaller: This talent offers mana each time your Lightning Shield hits an enemy. If you hit an enemy for the full 5-second duration of Lightning Shield, you actually get more mana back than you spent casting the ability.

(Level 7) Cleanse: Cleanse grants an ally the Unstoppable status for 1 second. With this one ability, you can completely negate the effects of any root, stun, slow, and most negative effects in the game. You have to time it well, but it is very worth it to learn how to use it properly.

(Level 10) Ancestral Healing: We’ve gone over this above, so I’ll just say Ancestral is the only real choice until Bloodlust gets buffed or Ancestral gets nerfed into the ground.

(Level 13) Earth Shield: This talent makes Lightning Shield give an actual shield that’s worth 12% of the target’s max health. I like this ability because it gives you the capacity to provide healing or shielding on your Q, W, and R buttons–three ways to potentially save someone’s life. Additionally, this talent combos with Ancestral to make a low-health ally borderline unkillable.

(Level 16) Earthgrasp Totem: Earthgrasp Totem essentially turns your E ability into a 1-second root, which is enough sometimes to secure a kill or to save someone from being dived on.

(Level 20) Storm Shield: This is another shield ability that supplies nearby allied heroes with a shield equal to 20% of their max health. This gives you four abilities (Q, W, R, Storm Shield) that give your allies health or shielding.

Thank you guys for reading this build guide. If you find it insightful or even just interesting, please be sure to share! As always, you can message me on Twitter regarding my writing or any questions you may have about supports or general news in Heroes of the Storm or Hearthstone. I’ll see you all in the Nexus!