The topside duo will remain at TSM 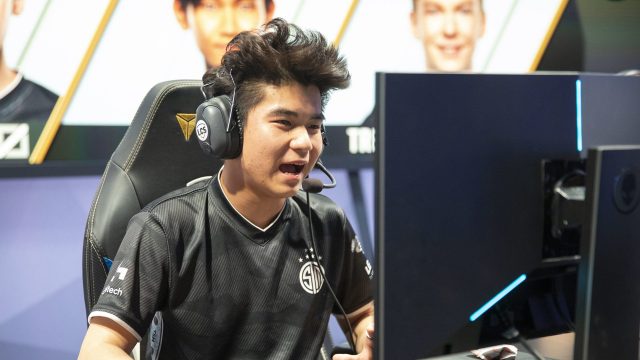 Provided by Riot Games Spica won the LCS Honda MVP award for his performance during the 2021 summer split.

TSM owner and CEO Andy “Reginald” Dinh confirmed in a Friday Ask Me Anything post on the official TSM subreddit that both top laner Heo “Huni” Seung-hoon and jungler Mingyi “Spica” Lu will start for TSM for the 2022 season.

“Spica/Huni will be playing for us next year,” Dinh said. “We will not be looking to sell or trade his contract.”

This news comes less than 24-hours after TSM announced that veteran mid laner Soren “Bjergsen” Bjerg will be leaving the org after eight years of service. Hu “SwordArt” Shuo-Chieh will also be leaving the team after signing a $6 million contract with the org last year.

After failing to pick up a single win at the 2020 League of Legends World Championship, TSM rebuilt its roster around Spica, bringing in Huni, mid laner Tristan “PowerOfEvil” Schrage and Lawrence “Lost” Hui the round out the team. After failing to win a domestic title and qualify for Worlds in 2021 with the new lineup, the org is looking to rebuild around the topside duo.

Huni ended the 2021 summer regular season as the 3rd LCS All-Pro top laner. He ranked third among all top laners in gold differential at 10 minutes (142 GD10) and Creep Score differential at 10 minutes (3.1 CSD10) according to Oracle’s Elixir. With Huni and Spica confirmed starting for 2022, it’s still unknown which players will fill out the rest of the roster going forward.