Doublelift draws official response after criticizing the organization on stream 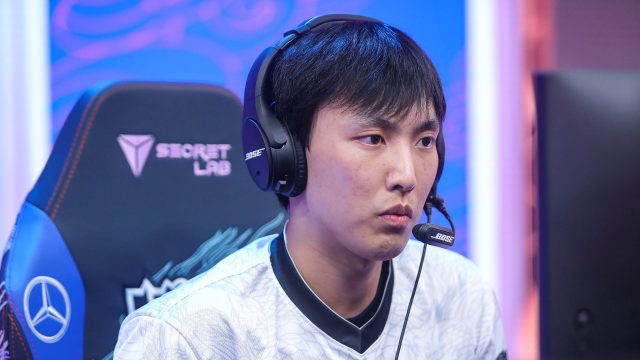 Provided by Riot Games Doublelift playing for TSM at Worlds 2020.

TSM Founder and CEO Andy “Reginald” Dinh released a statement saying that the organization is “taking steps to part ways with [Yiliang “Doublelift” Peng],” after the retired professional player (also know as “Peter”) went on stream and publicly bashed the organization on Nov. 9. Doublelift currently streams under the TSM brand.

On the stream, Doublelift said that he is most likely not returning to professional play in 2022 because the League of Legends Championship Series teams’ rosters for the next season do not meet his standards. He went on to answer questions from his chat about the previous offseason in which he announced his retirement.

“The only reason I stopped playing was because I got f***** by TSM,” Doublelift said. “That’s basically it. I thought I was going to play for them. I though we were gonna get [Hu “SwordArt” Shuo-Chieh]. Then they said ‘actually it’s gonna be like [Nguyễn “Palette” Hải Trung] and [Cristian “Palafox” Palafox]’ and I was like ‘wholly s*** this roster sounds bad.'”

Doublelift then said Reginald needed him to commit to TSM or move on, and he decided to move on. He further explained that, at that point, his options for other teams to join were limited due to how close the end of the offseason was. So, he decided to retire instead of playing on a team he considered not to be a contender for a domestic title or international play.

He went on to claim that SwordArt called him and said that he wanted to play with the North American player. Doublelift said he then called Reginald and expressed his interest to rejoin the squad to which Reginald said no.

Reginald then made a post on the TSM subreddit detailing the situation, as well as what happened in the offseason and how TSM will now take steps to remove Doublelift from the organization as a content creator.

“Overall, I’m disappointed about this whole situation as I already thought we’ve moved on from working with Peter last year and I didn’t know choosing to not work with him this year would result in this post and his feedback about TSM on stream,” the CEO wrote. “Either way, even if my assumptions aren’t true, there’s no reason why he should be flaming us publicly for not wanting to work with him for the 2020 – 2021 LCS season for the stated reasons in this post.”

According to Reginald’s account of the 2020 offseason, Doublelift was hesitant to return to professional play after Søren “Bjergsen” Bjerg announced his retirement and subsequent move to head coach. But, after some time, Doublelift decided to return as long as certain specifications were met for the roster, in signing Tristan “PowerOfEvil” Schrage and a top tier support. TSM signed PowerOfEvil and were in negotiations with SwordArt before they went sour, which led to Reginald contacting Doublelift to inform him that he might be playing with Palette or a South Korean support, according to Reginald.

“Doublelift then expressed that he didn’t want to play with non-English speaking players, including our Korean options, even though he was ok with such a roster earlier,” Reginald wrote. “He explicitly stated that he may not be as motivated if we had him play in a roster that didn’t meet his standard of a fully English speaking roster. This was in Nov., when every other ADC was locked and we were four hours away from transferring [Lawrence “Lost” Sze Yuy Hui] to [Evil Geniuses].”

“It’s extremely discouraging for both staff and players to work with someone who is constantly ambivalent about whether he wants to play or retire,” Reginald continued. “Therefore, all of our staff and players collectively decided to commit to Lost.”

TSM has yet to make a public statement and neither Reginald or Doublelift have said anything more about parting ways on their own social channels at the time of publishing.