Reggie Fils-Aime set to retire as Nintendo of America's President 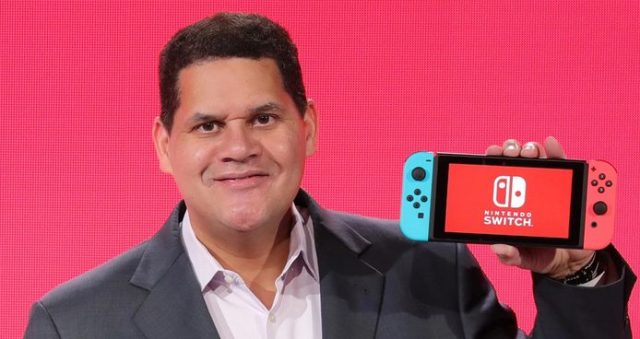 It’s nearly the end of the Reggie era at Nintendo of America and the beginning of a new one. According to a startling press release from Nintendo today, effective April 15, Reggie Fils-Aime will be stepping down as president to enjoy retirement and Doug Bowser will be replacing him. Yes, let the Bowser memes and jokes begin, Nintendo fans.

For the past 15 years, Reggie has been a main public figure for the company since making his debut at E3 in 2004. He made quite the first impression when he took the stage with a colorful speech. Fans have gotten so used to seeing him at many live presentations and events that he will be sadly missed. On the Nintendo of America Twitter page, they shared the following heartwarming video of Reggie reflecting on his time as president. The video already has almost one million views as of this writing.

Nintendo fans, Reggie has a message for all of you. Please take a look. pic.twitter.com/EAhaEl5oEJ

This news definitely caught myself and many Nintendo fans off guard and I will be sad to see him go. Doug Bowser has some very big shoes to fill. Here’s a statement Reggie made via the press release:

Nintendo owns a part of my heart forever. It’s a part that is filled with gratitude – for the incredibly talented people I’ve worked with, for the opportunity to represent such a wonderful brand, and most of all, to feel like a member of the world’s most positive and enduring gamer community. As I look forward to departing in both good health and good humor, this is not ‘game over’ for me, but instead ‘leveling up’ to more time with my wife, family and friends.

As for the man who is taking on the new responsibility, Bowser had this to say:

It has been my great fortune to work with and be mentored by Reggie for four years at Nintendo of America. And rest assured, we will continue to build on his work to evolve and expand our brand, furthering Nintendo’s global mission of creating smiles. There are millions more of those to come.

We here at Daily Esports wish Reggie all the best going forward and welcome Doug Bowser to his new role. Who knows maybe we will see Bowser himself appear alongside Doug in future Nintendo presentations.