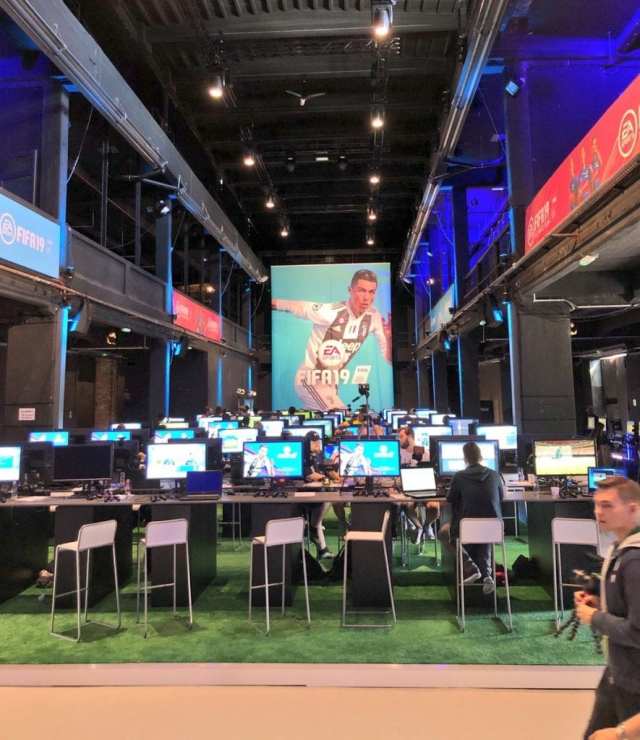 As the release for FIFA 19 creeps up on us, we will start to see FIFA 19 content flood our YouTube subscription boxes on Wednesday. This is coming after the recent Capture Event that EA Sports held in Berlin, Germany. All of the top-tier content creators attended the event, along with all of the “Game Changers.” Game Changers are influencers in the community that have the ability to pass on community ideas and opinions to the developers and high bodies at EA Sports.

We can expect to see every aspect of FIFA 19 in these videos. Many Twitch streams were held during the capture event. This allowed people to get a tease as to what we may be seeing during the coming week.

With the embargo lifting on Wednesday, we could see the demo for FIFA 19 dropping a few days after, or even on Wednesday itself.

What can we expect to see from the Capture Event?

As with every year, we see influencers attend these events. Most of the content creators just go to capture gameplay, then commentate on it when they get home. However, last year, we saw players doing challenge-type videos with other creators there.

Of course, we can expect to see pack openings coming from many creators. People such as Bateson87 and Castro are known for opening packs on their respective platforms. Players notice that pack odds are boosted at these capture events. It seems that every player manages to secure Icons and top-tier players at these events. As mentioned in a previous article, these events act as promotion for EA. If new players were to watch videos from the event, they would see these people securing insane players, so they will attempt to do the same. This usually ends in disappointment.

This mode has been a hot topic for a while in the scene now. Most players will be excited to see Career Mode and the changes that come with it. However, we now know that we will not be seeing huge changes in this mode. With the capture event being full of Career Mode creators, we will see videos such as signing certain players, new cutscene showcasing, and any new features that may be worthwhile showing.

If I remember correctly, last year’s Career Mode videos were mostly things such as the new transfer cutscenes. This seemed so great at the time, so hopefully we will get more features like that coming out of the event.

As well as Career Mode, Pro Clubs has not received a significant update for some time now. The addition of the skill-point-system broke the rating system in the mode. This meant that even fewer people played the mode on a regular basis. This means that players expect some important updates to come to the mode this year. Creators such as Bateson87, Zweback, and Tobiias have all been seen playing this mode so we can expect to see some gameplay. However, it is uncertain if any Pro Clubs dedicated creators attended the event, so it may be unlikely that we see videos showing specific updates on the mode.

Some content creators took to social media to share their thoughts on the new game. Most commented on the new touch system. This new feature allows players to move more efficiently, as well as adds some flair to everyone’s game.

Bateson87 took to Twitter to vent some low-lying frustrations about some new shooting mechanics. Bateson is a consistent Elite 1 (sometimes Top 100) player in FUT Champions, so these remarks are not to be taken lightly.

I haven’t talked much about gameplay these past few days

The low-driven shot was so key in the previous two games, so it may take some adjusting to master it again in this game. It seems that the shot will be high-risk/high-reward in competitive scenarios.

However, we can expect to see all of these topics discussed, and more on Wednesday. If you enjoyed this article, please feel free to check out our other FIFA coverage here.