Rawkus and FaZe leaning on experience after unplanned LCQ delay

Rawkus and FaZe leaning on experience after unplanned LCQ delay

After their delayed loss to Rise, FaZe Rawkus shared his thoughts on the tournament 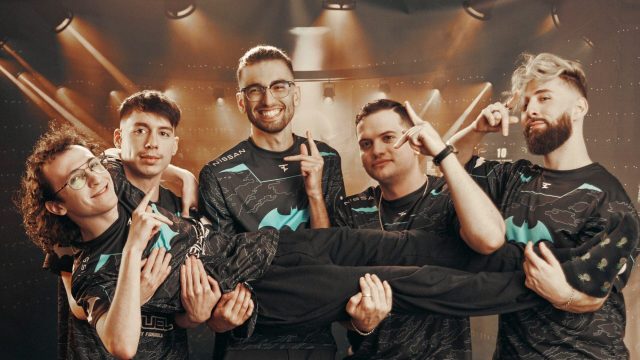 For FaZe Clan, the North American VALORANT Last Chance Qualifier is a chance to finally reach the international stage after a season of falling short. But before they could even play their first game, the team unintentionally unraveled the event itself.

Both Corey “Corey” Nigra and Andrej “babybay” Francisty tested positive COVID-19 during a test before they stepped on stage. FaZe player Shane “Rawkus” Flaherty said the players were taking these tests every 48 hours, and their rapid nature caused a higher likelihood of false positives, increasing the chances that someone would trigger a delay. After the game didn’t start on time as organizers tried to find a solution, confusion started spreading.

“We were under the assumption that we could continue because they tested negative after, but in the state of California you have to do the quarantine mandates if you test positive,” Rawkus said. “All we knew was that we weren’t going to play that day, so we left back home.”

I'm fully Vaccinated. I tested negative multiple days in a row. I tested positive and then negative 10 minutes after. Can't play on stage and have to quarantine? LA covid rules are different bro sheeeeeesh.

This development led Riot Games to postpone the LCQ until Wednesday when FaZe and Rise finally played out the match that disrupted the tournament. With extra time to prepare and so much on the line, Rawkus said the team planned to lead on the team’s long, collective history in esports to persevere. But despite their best efforts in a close match, Rise won, 2-1.

“It sucks that we thought we were so prepared and lost, a real kick in the gut,” Rawkus said. “But, I’ve been in those moments before where I’ve been down two maps and reverse swept. We’re still in the tournament, we’re still confident. Today, we were playing our game, but as it went on we shifted more from that to just reacting to what the opponents were doing. If we fix that, we can still win.”

Whatever man everything happens for a reason, no distractions only one goal

In that loss, one of the choices that fans didn’t expect was the lack of Raze on the FaZe side. While Rise stuck to their guns and played Raze on Ascent and Bind, FaZe opted to run Skye instead. However, despite the loss, Rawkus was clear that Raze wasn’t as good for their composition in their plans.

“I think Raze has fallen out of the meta a lot,” Rawkus said. “I think Skye is more impressive for getting sightlines and enabling your Jett. Rise are the only team we have played Raze against recently. I don’t think there is a negative to having no Raze, because the Skye ult and being able to gather more info was the benefit, from how we looked at it.”

While FaZe can still fix their gameplay, they can’t reclaim the edge they lost when their own false positive COVID tests forced the LCQ online: their experience competing in person. As a game that came out during the pandemic, there have been few VALORANT LAN events and there are fewer players who have played across from their opponents. But most of FaZe played in the Overwatch League before switching to VALORANT, and the LCQ was originally their chance to return to that environment. Rawkus said this delay changed the nature of the tournament for FaZe.

“There are a lot of players that are called ‘onliners’, who play online and can’t handle the pressure of playing on stage. Once COVID-19 is over, they are going to have to learn that,” Rawkus said. “We should’ve played on stage, and we would’ve beat those onliners, and then the only worry are the former CS:GO guys who have that stage experience.”

As the LCQ continues with FaZe in the lower bracket, they must overcome the adversities they’ve faced and win every match to make it out of the tournament and into Champs.