Ranking the 10 remaining starters at Worlds 2021

Ranking the 10 remaining starters at Worlds 2021

10 players remain at Worlds 2021, but where do they stack up against one another? 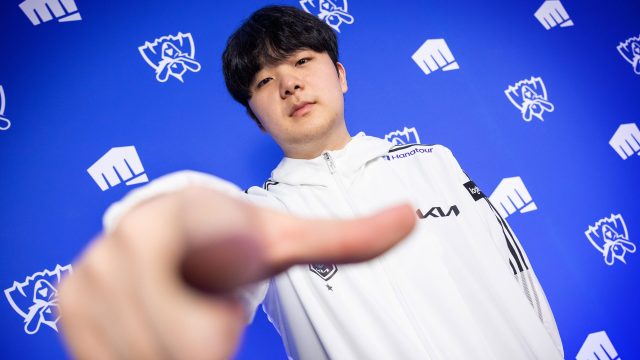 After almost a full month of what many are considering to be one of the most exciting League of Legends World Championships in years, the final stage of Worlds 2021 is approaching. On Nov. 6, DWG KIA and Edward Gaming will meet for the first time in the grand finals. They’ll play for the Summoner’s Cup, a chance to paint new legacies for their respective orgs, cool skins and the honor of beginning a new tradition as the first recipients of the Worlds 2021 championship rings.

The #LPL Champions vs the #LCK Champions! pic.twitter.com/BcKJGK9qvs

Out of the 22 teams that stepped off a plane onto Reykjavik, Iceland’s firm soil, only two teams remain now. Two teams, 10 players and potentially five games to be played. Leading up to the Worlds 2021 semifinals, Upcomer ranked the 20 remaining starters at the time (with the help of fans). Now, with the grand finals approaching, we’re taking a crack at figuring out who looks the best out of the remaining 10 players at Worlds 2021.

This ranking is happening in a vacuum; these players have already achieved a tremendous feat by qualifying for Worlds finals. They’re some of the best individuals in their roles individually so 10 doesn’t mean “bad”.

DWG KIA’s topside rules the top three. Canyon, ShowMaker and Khan are all incredible players and have done more than enough to prove that they’re three of the absolute best players in their individual roles at this tournament.

2021 League of Legends World Championship grand finals take place on Nov. 6 at 8 a.m. and will begin with an opening ceremony presented by Mastercard. On the same day, Riot Games’ new Netflix exclusive animated series Arcane will release its first three episodes. Arcane follows the stories of champions like Vi, Caitlyn, Jinx and Jayce with rising conflict between Piltover and Zaun as a backdrop.