Who comes out on top in our rankings? 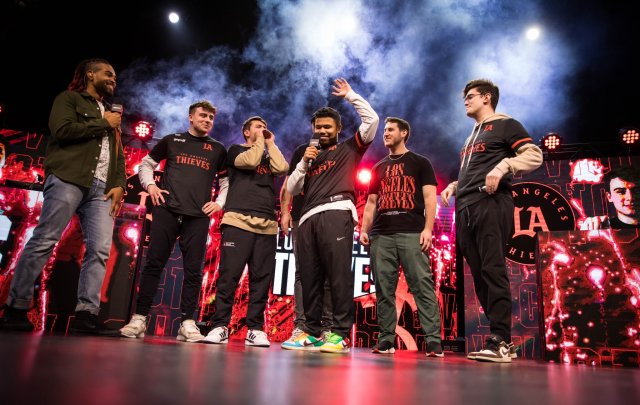 Provided by CDL The LA Thieves took home their first championship in 2022.

The 2023 Call of Duty League season is nearly upon us, with the launch of Call of Duty: Modern Warfare 2 drawing closer and closer.

For the first time in the CDL’s history, we’ll see our first matches and event take place in December, giving players roughly one month before live action begins. With this new time restraint in place, nearly all of the CDL teams have confirmed their rosters for the 2023 season. The only exception is the London Royal Ravens, but we have it on good authority as to who the team’s four starters will be.

With all of that in mind, we’ve decided to rank the 12 CDL rosters ahead of the 2023 season. This comes directly after the Las Vegas Legion officially announced its roster, which was arguably the last domino to fall this offseason. Teams have spent millions of dollars to acquire free agents, some baited the community, and others made shocking moves to try and position themselves to win a championship in 2023. But who deserves to be at the top spot in our rankings? Find out below.

It’s important to remember that these rankings are solely our opinion. No team has played a single match, or even scrimmage together, for that matter. The rankings are based on who we think will excel at MW2 right out of the gate, taking talent, team chemistry, and overall structure into consideration. Here are the rankings:

There are definitely some highlights within these rankings. Below, we have a list of key notes for the rankings, going over why some teams are placed where they are.

As always, these rankings are undoubtedly going to change throughout the season. Some teams will pick up MW2 faster than others, and that could lead to a major shake-up in the rankings. For now, though, this is where we have all 12 CDL teams heading into 2023.