Puppey says Team Secret will save strategies for The International 10

Puppey says Team Secret will save strategies for The International 10 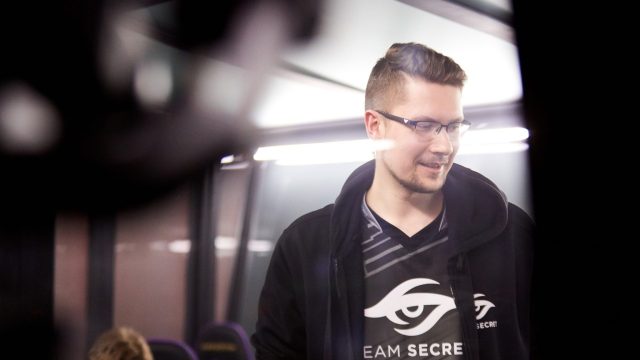 Team Secret took down OG in the Upper Bracket of The International 10, in a 2-0 sweep. Most analysts thought the series would stretch out to three games, but Team Secret disposed of OG in swift fashion. However, it seems the winners still have some tricks up their sleeves going into TI10.

Team Secret save strategies for The International 10

In a winners interview with Jake “Siractionslacks” Kanter, Captain of Team Secret, Clement “Puppey” Ivanov, talked about how the team worked their strategies right before The International 10. The interview opened with the two talking about Team Secret’s cohesion after two years of playing with the same roster. However, the question that followed proved to be the real meat of the interview.

SirActionslacks noted that this was the first time Team Secret was entering an International without being the favorites and whether that narrative was set up on purpose. In almost every iteration of The International, the projected winners of the tournament never actually win.

When asked if Team Secret purposely tried to enter the tournament under the radar, Puppey acknowledged that there was some truth to it.

“There are no tournaments, so there is no reason to overdo anything,” Puppey explained. “After the first major, we already got what we wanted. The problem isn’t that we don’t want to win, in the backlines that you’re going to TI (The International), and that suffers your gameplay”

The more Puppey reveals prior to The International, the harder it’ll be for Team Secret to win. According to the words of Puppey’s teammate Lasse “MATUMBAMAN” Urpalainen, “let’s win the right matches, not the other stuff please.”

These comments exemplify a problem that the DOTA 2 ecosystem has had for a long time — that it is too centralized around The International. If teams are willing to sack certain parts of the year in order to perform at The International, does the rest of the year really matter? It will be interesting to see if the addition of another Major next year will be able to change perspectives on the matter.