PUBG vs. Fortnite: A Royal Battle of Titans - Upcomer

PUBG vs. Fortnite: A Royal Battle of Titans 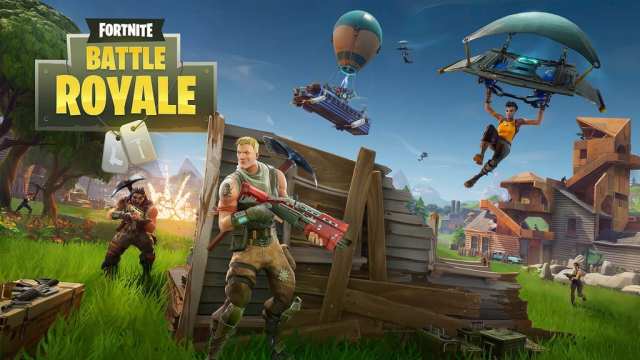 The formula for Battle Royale games is a simple yet effective one. You jump in, grab a bunch of weapons, and start killing everyone in your crosshairs so you can be the last player standing when the dust settles. Perhaps it’s this inherent simplicity that is the main driving force behind its commercial appeal.

Of all the Battle Royale games that are dominating the market these days, however, two titles are clearly ahead of the curve both regarding sales and popularity: PlayerUnknown’s Battlegrounds and Fortnite. As it is with practically any other games that have similar characteristics, the question of which is the better one will inevitably get asked. So today, we’ll get down to the nitty-gritty and start nit-picking to see for ourselves which of these top Battle Royale games has a distinct edge over the other.

In This Corner: Fortnite (The Challenger)

Fortnite has the look and feel of a fun, weekend morning cartoon—giving it a subtle appeal that underscores the inherent violence that characterizes Battle Royale type games. One of the biggest knocks against it, though, is that it’s a shameless copy of PUBG. Whatever the case, you can’t hold it against them. If something works, you try to incorporate it into your own while hopefully adding what’s specifically yours. It’s in this regard, Fortnite does rather well.

FBR is a free to play feature that hops on the Battle Royale bandwagon. As you play the game more and learn its subtle nuances, you’ll quickly realize that this game does indeed have a lot to offer. There are a lot of in-game modifications that makes Fortnite stand on its own. You’d expect no less from PUBG’s chief rival.

And speaking of PUBG…

In This Corner: PlayerUnknown’s Battlegrounds (The Undisputed Champion)

The Battle Royale sub-genre of FPS games isn’t exactly a new concept. That said, PUBG is mainly responsible for the success and notoriety it now enjoys. This is reflected in the fact that PUBG sold tens of millions of copies on Steam alone during its early access period alone. The tsunami-like buzz it generated left other video game developers scrounging to hop on the trend just to catch the resultant waves. Success, after all, is bound to spawn a host of imitators.

Where Fortnite is a Battle Royale type game with a base building twist, PUBG provides a much harsher environment for players as they are forced to survive and make do with whatever landscapes are given to them. Hey, practically everything about PUBG screams realism—from the setting itself right down to the weapons and character designs. For a dose of customization, however, you can turn to PUBG skins.

In the battle for supremacy between games that are built around survival, who will win the war when all’s said and done? Are you for the hyper-realism of PUBG or are you for the let us know in the comments section!

As for me, I say why not enjoy the best of both worlds!