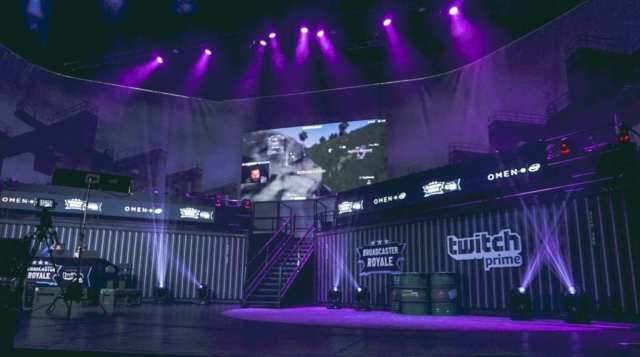 It’s day 2 of the Broadcaster Royale, and 20 popular streamers and teams are competing for a place on the last day of the grand finals tomorrow evening! Teams from all over the world have come together at PAX West, hosted at the Paramount Theatre. The winners of the day 2 match-ups will qualify for tomorrow’s $300,000 prize pool.

The grand finals are available to watch live on the official Broadcaster Royale stream or any of the individual players’ streams.

Highlights and reports of each team’s progress at the grand finals have taken place on PUBG‘s official Twitter page for those who may have missed the live stream. A tense 1v1 battle between Team Alza and @WJacky101 on match 1 was uploaded minutes after it happened live.

As for tomorrow’s grand finals match-ups at PAX West, players will be giving it their all supplying even more high-octane action for the fans. PUBG will also be keeping the fanbase happy with more clips and highlights from the stream.

Who do you think will win the grand final prize pool? Coming from the EU, I’d like to see a non-streamer take the win purely for the hype. However, I am also a big fan of Shroud and Just9n’s streams! Let us know in the comments; we’d love to hear from you.

What is the Broadcaster Royale at PAX West?

The Broadcaster Royale is a PUBG and Twitch-based event in which the most popular streamers on Twitch compete against growing teams and players around the world. A grand prize of $300,000 is up for grabs! Top PUBG streamers have been invited to participate, whereas the regular teams were to apply through the open qualifier rounds to reach the grand finals. Participants at the event will stream their perspective for a live preview of their thoughts and decisions throughout the match.