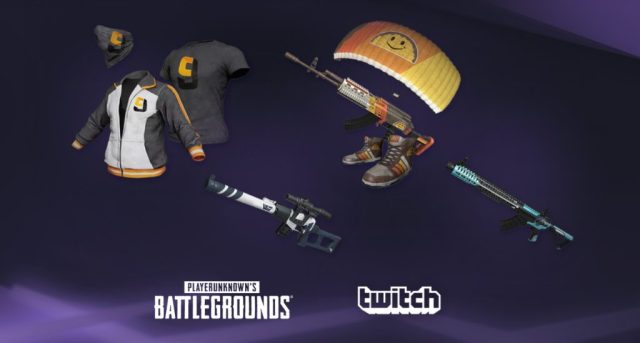 PlayerUnknown’s Battlegrounds (PUBG) and Twitch have again partnered up to offer several cosmetic skins based on a few battle royale streamers. Longtime streamer and content creators, Jake “chocoTaco” Throop and Henrik “WackyJacky101” Kjærulff, join prior streamers Michael “Shroud” Grzesiek and Justin “Just9n” Ortiz to be featured in the skin collection.

After recently retrying and re-quitting PUBG, it appears Shroud has decided to give the game yet another try. The last time the former CS:GO pro received an in-game skin was in the summer of 2018, with an AKM skin featuring his logo and color scheme. Although he has played the game occasionally, most of his streams have been on other games as of late.

I'm getting my own VSS skin and it looks sooo good. I contacted @dddfault who originally designed and posted this design on reddit.

WackyJacky101 who boasts 105k+ followers on Twitch and 390k+ subscribers on YouTube received his own VSS skin. The skin’s design was originally designed by a fan and posted to Reddit. This also makes it the first community-made skin in PUBG, whereas the rest are made directly by the company or with streamer input.

My skins are available for purchase in game RIGHT NOW!!! pic.twitter.com/asdHyHpGMu

ChocoTaco, a streamer for TSM, received a weapon, shoe, and parachute skin. He was the first to receive his own parachute skin in the game as well. These skins are all themed with his color scheme and logo.

Where to get the skins

The skins are available for between $2.99 and $9.99 each. They can be purchased in the in-game client until May 14 before the server maintenance starts. To view any of these skins, simply navigate to the Broadcaster Royale menu to see the availability. The sale of each skin benefits the Twitch streamer with a cut of the proceedings. Like previous skins, they are only in the game for a limited time before being removed indefinitely.

Keep up with all of the latest PUBG news and content on Daily Esports!