A new TAQ loadout is being used in the CDL 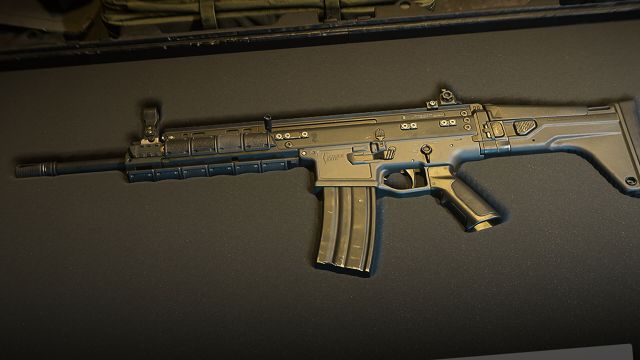 The Call of Duty League is currently in its second stage of qualifiers after a thrilling start to the year with Major I. There was a surprise winner, ensuing drama, team changes, and more, all of which have made for great storylines leading up to Major II. However, rosters are not the only thing that seems to be changing amongst the CDL teams in 2023. According to LA Thieves’ main AR player Sam “Octane” Larew, pros are now using a new TAQ-56 loadout in Call of Duty: Modern Warfare 2.

The TAQ-56 has been the meta choice for AR players in the CDL since the M4 was banned amongst pros during the Major I qualifiers. The TAQ is an extremely strong weapon, capable of killing opponents with two headshots or three body shots at most distances. The pro loadout for the TAQ-56 was seemingly set in stone after pros began using it last year, but it appears new attachments have been discovered. This has led to “pretty much everyone [in the CDL]” swapping their TAQ loadouts, according to Octane.

To see the updated pro loadout for the TAQ-56 in Modern Warfare 2, keep reading below.

There are a couple of key changes that the pros have made to the TAQ-56 loadout. There’s a new underbarrel and muzzle in use and it seems the pros are opting for more mobility over better bullet velocity.

Octane says this loadout is a “great middle-ground” for the TAQ. It features low recoil and decent mobility, which are the primary stats that pros prioritize over others when crafting their loadouts. Although, Octane says that if players want an even lower recoil loadout, they can swap the Demo Cleanshot Grip for the Combat Grip. This will reduce mobility, but increase recoil control.