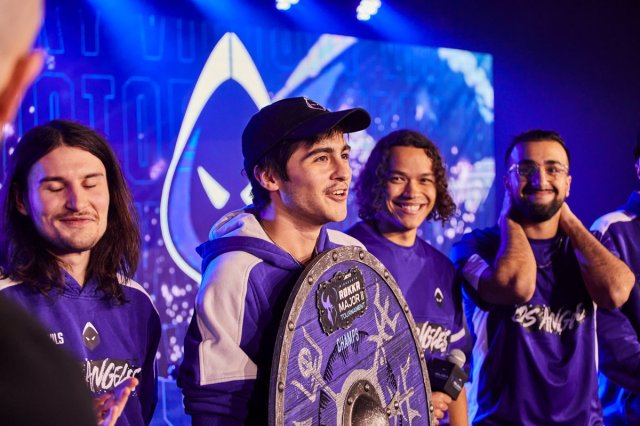 Provided by CDL LAG were one of the teams to win a major event this season.

It’s not often that a team wins a major event throughout the season but then doesn’t get to play at Champs. The LA Guerrillas accomplished this rare feat in 2022, winning Major II but didn’t secure enough CDL Points to qualify for Champs.

It’s certainly a disappointing finish for the team who had such high hopes entering this season and after Major II. Luckily, the LA Guerrillas are in a spot to fully run it back next season and see if they can maintain some consistency.

However, that might not be something that the organization wants to do.

In the 2021 offseason, LA finally ponied up some serious cash to go after top free agents. This included the signing of an entirely new roster, consisting of Austin “SlasheR” Liddicoat, Cuyler “Huke” Garland, Peirce “Gunless” Hillman and Obaid “Asim” Asim, with Kris “Spart” Cervantez and Travis “Neptune” McCloud also coming later. On paper, this roster should have been near the top of the CDL, at least in terms of talent. However, the strangeness of Vanguard mixed with some subpar gameplay made the first iteration of the roster a failure. While Spart seemingly fixed the roster for a brief spell, no version of the team truly worked for more than a week at a time.

The Guerrillas are one of the most interesting teams in the 2022 offseason because of their situation. They have this roster full of talent, but didn’t manage to make Champs. LA now has to decide what direction to head in for 2023.

LA is one of five teams in the CDL to have team options for their entire roster, including substitutes. Every player the team signed in the 2021 offseason can be brought back for 2023. However, it seems highly unlikely that the Guerrillas will exercise their team option on all six players currently on the roster.

While the roster is full of potential starters, the organization needs to find a version of it that actually performs. In order to do that, LA will need to release some players and potentially bring some new faces in. The question is, what direction will the Guerrillas head with those potential players and the ones currently on the roster?

Looking at possible moves for the Guerrillas

To start, we don’t foresee LA bringing back Neptune, Gunless or Spart. Neptune was a late-season addition that didn’t work out, Gunless was off and on the roster the entire year, and Spart was inconsistent with the exception of Major II. For the sake of our argument, let’s say all three of these players are turned loose and don’t return to LA. That leaves Huke, SlasheR and Asim on the roster.

We could definitely see the Guerrillas starting the 2023 season with this trio plus another free agent flex player. SlasheR would run the main AR, Asim the entry SMG and Huke the slaying SMG. In this scenario, we envision the Guerrillas going after a high-profile free agent to pair with the veteran roster. Preston “Priestahh” Grenier makes a lot of sense here, as he won’t cost as much as other free agents but still provides an upgrade over Spart/Gunless.

Someone like Dillon “Attach” Price would be a perfect fit for this LA roster, but he will fetch a large salary this offseason. Whether LA is willing to pay him would be the main deciding factor. Attach is from LA, though, so perhaps he would consider the Guerrillas for that reason if the money is right.

It’s also likely that the Guerrillas go after a substitute player this offseason, regardless of what direction they go. They’ll presumably look at the amateur pool of free agents first, as there’s a ton of top talent up for grabs. Someone like Paul “Breszy” Breszynsk or Carson “Brack” Newberry, who are both flexes, could make sense for LA if they’re looking to fill out multiple roles with one player. They did the same with Spart in 2022.

Option 2: Breaking up the band

To play devil’s advocate, let’s say the Guerrillas choose to mostly rebuild their roster for 2023. In this scenario, it’s likely that LA only keeps one, maybe two players from the 2022 roster. The most likely player to stick around is SlasheR, as he’s one of the most experienced Call of Duty players in the league and has a massive amount of game knowledge. Building the team around SlasheR is the most realistic outcome, but Huke is also an option since the free agent SMG pool is so limited as of right now.

For now, let’s assume the team chooses to build around SlasheR. The Guerrillas need a flex and two SMG players to fill in alongside him. Once again, we peg Priestahh as a solid fit, with Attach another option if LA wants to throw around more money this offseason.

As for the SMGs, we could see the Guerrillas opting to sign one free agent and one amateur player. LA has not been afraid to sign and play amateurs in the past. Perhaps Vikul could leave Toronto Ultra Academy NA and join LA as an entry SMG. Javier “Vikul” Milagro has been one of the best Challengers players in 2022 but it’s unclear how Toronto will go about their academy team this offseason.

Moving over to the professional free agents, it’s slim pickings for the most part. LA might have to wait for other teams to make moves in the hopes that a solid SMG slayer will end up on the free agent market.

The LA Guerrillas are an intriguing team when it comes to the 2022 offseason. They can choose to keep a version of their 2022 roster plus maybe one other free agent or completely rebuild around one player. In either scenario, we predict the Guerrillas to be somewhat aggressive in their pursuit of any possible players.