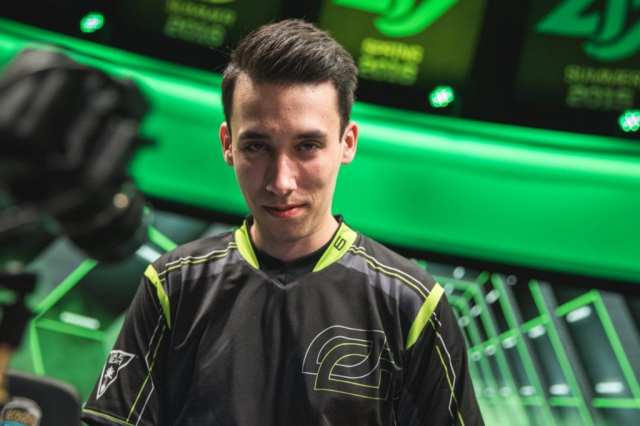 Counter Logic Gaming has found their mid laner for the upcoming NA LCS year. The team is acquiring Tristan “PowerOfEvil” Schrage, who would last play for OpTic Gaming.

The announcement would come two days after a report would state that the European mid laner was joining the team. He will be taking the open mid laner spot on the team after Counter Logic Gaming would lose Choi “Huhi” Jae-hyun to the 100 Thieves. Now, Counter Logic Gaming’s roster is technically complete, since none of their players have expiring contracts. However, they could still make some moves later on in the offseason, if they wish to.

Counter Logic Gaming and an abysmal 2018

For Counter Logic Gaming’s standards, 2018 was one of their worst years performance-wise. After constantly finishing in the top four of the NA LCS, they would drop the ball this time around. In the 2018 Spring Split, the team would finish in seventh place with a 7-11 record. History would repeat itself in the summer, as Counter Logic Gaming would end with a 7-11 record once again, this time landing them in eighth place.

The team would struggle immensely after losing longtime members, Jake “Xmithie” Puchero and Zaqueri “aphromoo” Black. Their communication and team play would suffer, and they would even shuffle junglers between seasons. At the end of 2017, CLG would use Academy jungler Omar “OmarGod” Amin as a replacement. The team would pick up former Korean star Kim “Reignover” Yeu-jin to help reinvigorate the organization.

However, Reignover would never find the same form he had back with Immortals. Counter Logic Gaming may now fall back onto their new Academy jungler, Raymond “Wiggily” Griffin, as he has shown plenty of potential. Now that they’ve lost another member of their old core in Huhi, CLG may have to rebuild the roster soon.

The European mid laner would make his NA LCS debut with OpTic Gaming in 2018. In their inaugural split in the league, they would perform quite poorly, finishing in ninth place with a 5-12 record. Their summer would actually be much better, especially with the addition of rookie top laner Niship “Dhokla” Doshi. Together they would push to a 9-9 record, barely missing the playoffs behind FlyQuest. Overall, OpTic Gaming was a pretty average team. Their highs were decent, but their lows were quite low indeed.

PowerOfEvil would come into his role looking to become a better leader. Unfortunately, it would be a harder task than he would imagine. Of course, it would be a large task for a player new to the region to help lead a team to victories. However, PowerOfEvil would still show signs of brilliance in some of his games. The 21-year-old definitely still has a good amount of potential left, but only time will tell if Counter Logic Gaming can help enable him this coming season.

The rest of Counter Logic Gaming is still the same from last year, which doesn’t provide many fans with much confidence. Reignover has not given anyone anything to rely on in the past couple seasons, so their jungle position is still a big question mark for some. Trevor “Stixxay” Hayes and Vincent “Biofrost” Wang are still a pretty good bottom duo, but they will need PowerOfEvil to help alleviate some pressure from their lane.

What are your thoughts on PowerOfEvil joining Counter Logic Gaming? Let us know what you think in the comments below! If you want more League of Legends coverage, check us out here!