The best VGC and TCG players will face off 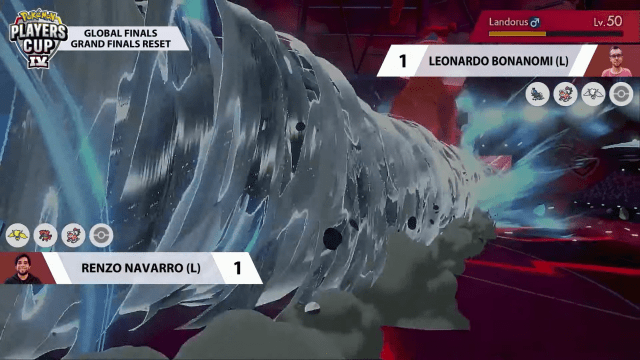 The Pokémon Company revealed the stream schedule for the upcoming Pokémon Players Cup 25th Anniversary Invitational. When the invitational was announced in July, fans learned that the action would take place from Aug. 13-15. Now, there is more information regarding what fans can expect on each day of the event.

On Aug. 13, The Pokémon Company will stream a pre-show beginning at 2 p.m. ET. Day 1 of the actual tournament will kick off at 12 p.m. ET on Aug. 14. Finally, the Pokémon Players Cup 25th Anniversary Invitational will conclude on Aug. 15, with the livestream scheduled to begin at 12 a.m. ET. Viewers can expect eight hours of content on both Aug. 14 and 15.

This invitational will feature brackets for both the TCG and Pokémon Sword and Shield. The TCG tournament will be livestreamed on the PokemonTCG Twitch channel, while VGC will appear on the main Pokemon channel.

This August, stars will clash!

The 25th Anniversary Invitational will feature top Trainers from around the globe competing in #PokemonVG and #PokemonTCG matches to determine the champion of champions!

The Pokémon Players Cup 25th Anniversary Invitational will be a celebration of all things competitive Pokémon. Some of the world’s best VGC and TCG players, from throughout the series’ history, will face off in eight-person double-elimination brackets during the event.

The Play Pokémon Twitter account will announce all of this event’s competitors from Aug. 5-12, revealing one VGC player and one TCG player each day. In addition, The Pokémon Company has already confirmed the commentators for this event. Aaron “Cybertron” Zheng, Rosemary “Nekkra” Kelley, Adam “Dozzalon” Dorricott and Lou “LouLouThePikachu” Cromie will cast the VGC tournament. Meanwhile, Kyle Sucevich, Chip “TrainerChip” Richey, Joe Bernard and Ross Gilbert will commentate the TCG bracket.

The Pokémon Players Cup 25th Anniversary Invitational is not the only competition that Pokémon fans can look forward to in the near future. Later in 2021, some of the best active VGC players in the world will participate in the Pokémon Global Exhibition in October.