What to expect from her ace Pokémon 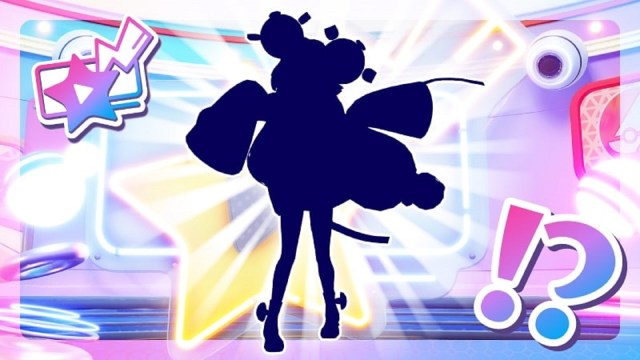 Provided by @SerebiiNet via Twitter Iono’s silhouette was revealed the day before her announcement video came out.

The Pokémon Company officially revealed Paldean Gym Leader Iono during a brief livestream called the Iono Zone on Wednesday. In the process, the company also teased a new Electric-type Pokémon that will be part of the Gym Leader’s team.

Before her reveal, The Pokémon Company hinted at Iono’s design by sharing her silhouette on Tuesday. Wednesday’s video confirmed that Iono sports an oversized black-and-yellow jacket and has long, blue-and-pink hair. She even has matching hair clips that resemble Magnemite.

Iono runs the Gym in a city called Levincia. She specializes in Electric-type Pokémon in Pokémon Scarlet and Violet, as evidenced by her apparent affinity for Magnemite. In addition, Iono works as a streamer and influencer.

During her reveal video, Iono challenged viewers to guess which partner Pokémon she uses as the ace in her Gym Battle. It will presumably be a brand new Pokémon that she will reveal in a later video. Nevertheless, the Gym Leader provided hints that players can use to guess what the new Pokémon will be like.

Iono confirmed that her ace is not a Magnemite. Instead, she describes it as a cute and squishy Electric-type Pokémon. In addition, she described it as “a li’l sluggish with an easygoin’ vibe,” suggesting it isn’t a fast Pokémon. Finally, she said the Pokémon has two large bumps on its head that people often mistake for eyes.

Wednesday’s reveal was met with confusion and disappointment from many members of the Pokémon community, especially those who woke up early to watch it live. Others found it ironic that Iono seemed to rely on clickbait, as she only teased a new Pokémon without formally revealing it.

In addition, many other fans have jumped at the opportunity to make jokes about Iono’s status as a streamer. Nevertheless, the overall reception from many Pokémon fans seemed to be negative, especially considering the reveal lacked the same depth of content as many other Pokémon announcements.