Pokémon GO: What you should catch on Community Day Weekend

Pokémon GO: What you should catch on Community Day Weekend 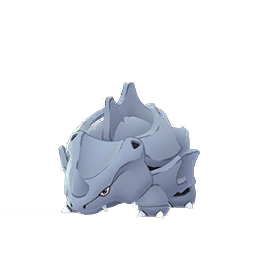 The Pokémon GO Community Day Weekend is Saturday and Sunday, December 12 and 13, and it will bring back Pokémon from Community Days in 2019 and 2020.

While many of these Pokémon don’t have much value for raids or PVP, some of them are must-haves for your teams. Here’s what you should be on the lookout for during the weekend and why.

Mudkip’s final evolution, Swampert, is a staple in the Pokémon GO Battle League. It works well in all three formats, but its Community Day move, Hydro Cannon, is crucial to its success. If you’re looking for a Pokémon to round out your roster in any league, prioritize catching Mudkip and use Pinap Berries on them for candy.

There’s been no shortage of Magikarp and Gyarados over the years in Pokémon GO, but you can only get one with Aqua Tail on Community Day. This special move is great in both PVP and raids, and Gyarados is a great choice for Master League. Since it takes 400 candy to evolve Magikarp, be sure to stock up on candy and evolve one or two over the weekend.

Similar to Swampert, Piplup’s final evolution of Empoleon will learn Hydro Cannon. Empoleon also has a unique Water/Steel typing which helps it out. It’s not quite as good as Swampert all around, but it’s arguably better in the Great League.

Aside from being extremely popular, Charizard is also a decent option in the Great League and Ultra League. It gets Dragon Breath for its Community Day move, which helps give it coverage. Charizard isn’t generally a top pick, but it’s definitely useful.

Rhyperior with Rock Wrecker is great in raids and a solid option in the Pokémon GO Battle League’s Master League. It’s one of the best Rock-type attackers out there, and it has good secondary Ground-type moves as well.

These five Pokémon are all probably the best all-around Community Day Weekend catches, but they are by no means the only good ones. Ralts, Swinub, Electobuzz, and Treecko are also decent options, even though they have less valuable Community Day moves.