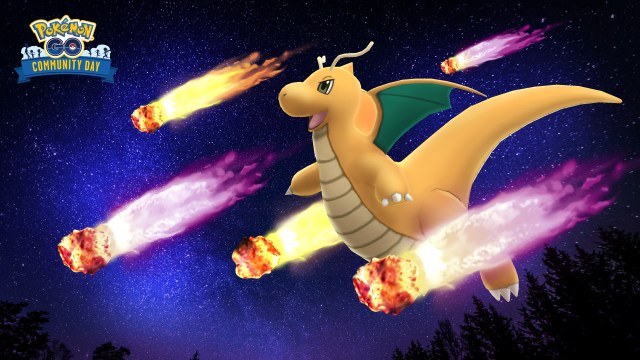 The original Dragon-type remains a titan in modern day Pokémon, and that Pokémon is none other than Dragonite. Dragonite is the evolved form of Dragonair and the final form of Dratini. Normally obtained at a high level in the main series titles, Dragonite requires a whopping 100 candy to evolve from Dragonair, but the price is certainly worth the expense.

Players that participated in the recent Dratini Community Day are certainly itching to use their plethora of high stat Dragonite in the GO Battle League. Dragonite remains a powerful option for ranked PvP battles, and this moveset will ensure Dragonite is the best it can be on a competitive team.

Dragonite’s best moveset in Pokémon GO is Dragon Breath as its Fast Move with Dragon Claw and Superpower as its two Charged Moves. Dragon Breath remains the best choice for many top Dragon-type Pokemon in the GO Battle League for its high damage output, and Dragonite is no exception.

Dragon Claw is an excellent low-cost, spam-able Charged Move for racking up quick damage or baiting opponent’s shields. Superpower is valuable Fighting-type coverage for Dragonite at the cost of having its Attack and Defense stats dropped.

With this moveset in its arsenal, Dragonite is a solid option for use in the Great, Ultra and Master Leagues in competitive Pokémon GO. Its high Attack stat and great type matchups make it a solid option for a team looking to climb the ranked ladder. While better dragons certainly exist at this point in the metagame, one can’t go wrong with the always reliable Dragonite in both PvP and PvE battles in Pokémon GO.