Pick your starter one week early 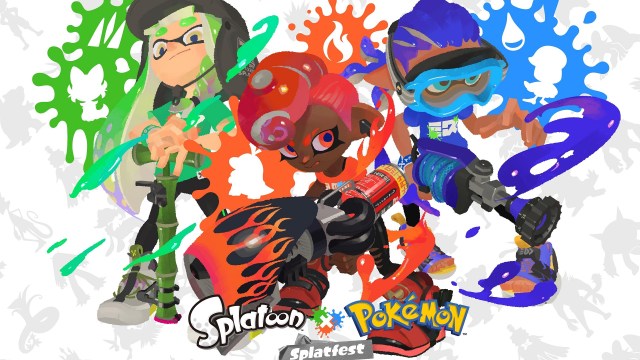 Provided by @NintendoAmerica via Twitter The starters of the Paldea region will be the stars of the next Splatfest.

Nintendo announced Friday that there will be a crossover between Splatoon 3 and Pokémon in celebration of the upcoming launch of Pokémon Scarlet and Violet. This crossover will come in the form of a Pokémon-themed Splatfest.

Grass-type. Fire-type. Water-type. This debate has perplexed our great philosophers for ages. Let’s settle it.

Which type will you choose? pic.twitter.com/rPlTwIcycB

For this Splatfest, participating players will have to choose among the three perennial starter Pokémon types: Grass, Fire, and Water. Fittingly, each team will be represented by one of the starter Pokémon in Scarlet and Violet: Sprigatito, Fuecoco, and Quaxly.

The Pokémon-themed Splatfest will kick off in Splatoon 3 on November 11, one week before the Pokémon Scarlet and Violet release date. It will last from 7 p.m. ET on November 11 to 7 p.m. on November 13.

As with other Splatfests, participants in this upcoming event will get in-game t-shirts based on the team they choose to represent. However, there will also be real-word versions of these shirts available in select locations. Currently, Nintendo has confirmed there will be Splatoon shirt distributions through the Japanese Pokémon Center and at Nintendo New York.

Serebii Note: The T-Shirts will also be available at Nintendo New York at a later point https://t.co/gDbXkIa6cr pic.twitter.com/1XC1Vv1aRm

Every Splatoon game has had thematic Splatfests that allowed players to compete and earn points for their selected team. However, Splatoon 3 is the first game in the series to allow players to pick among three teams rather than two. To that end, Splatoon 3 also introduced a new mode called Tricolor Turf War, which can pop up during the second half of Splatfests.

In a Tricolor Turf War, four members from the currently leading team must fend off two members from each of the trailing teams. In addition, the players from the leading team start the game in the middle of the map. As a result, they have to defend themselves against opponents from both sides.

The upcoming Pokémon crossover will mark the third Splatfest in Splatoon 3. It follows a rock-paper-scissors theme, which took place during a pre-release demo, and a survival theme that had players decide whether they would bring gear, food or entertainment with them to a deserted island.