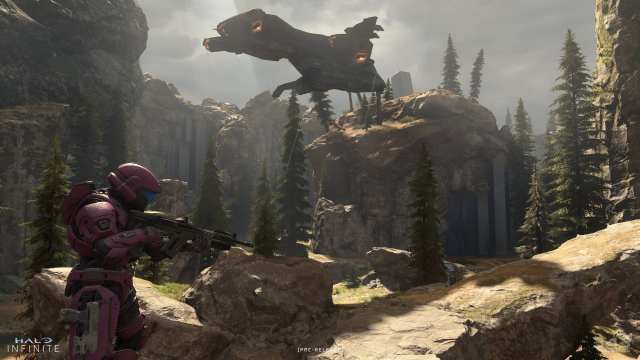 RLCS Season 6 is coming ever closer, so it’s time to look at some more players we want to be keeping an eye on. If you missed the first part, you can check it out here, where I talked about Scrub Killa, Chicago, and JSTN.

We have a few players to look at, so let’s start with a North American newcomer in the RLCS.

Short for Jorolelin, Joro made his first big appearance as part of his team “the d00ds” when they unexpectedly qualified for Dreamhack Leipzig alongside teams such as PSG, Gale Force, NRG, and G2. Coming from nowhere, the underdogs quickly grew into fan-favourites when they took series off RLCS teams.

Shortly afterward, they qualified for RLRS league play. Unfortunately, their season ended in 5th place, which meant they would have to re-qualify for RLRS. Knowing this, the team disbanded and Joro took some time off for school and exams.

So why should I watch him?

Having finished his exams, he is back in the competitive scene and fully committed. This paid off by finding a spot on Rogue, a team already playing in RLCS. Quite the step up from ending fifth in RLRS. And that is exactly why we want to watch him closely. Joro is yet another player who joins an RLCS team straight from RLRS after Chicago, Memory, and Tigreee — players who impressed in RLRS but have yet to show their worth in the highest division.

But the competitive scene is growing rapidly, and some RLRS teams are showing they can perform as RLCS-level teams. Joro is seemingly no exception, and it’s earned him a spot in league play alongside veterans and fan-favourites Sizz and Jacob. Now we’re going to see whether he can keep up.  It’s going to take a lot to beat the likes of Ghost and Evil Geniuses for that fourth LAN spot. Or can they push one of the three favourites out?

Needless to say I'm incredibly honored and excited to be playing for @GoingRogueGG this season in #RLCS. It's time for the beginning of a new journey for me 😄 https://t.co/Et3Gbwkaco

“Hey, I remember this one”

A returning player for North America is Memory. After ending Season 3 in last place, Memory spent the last two seasons in RLRS, where he finished 3rd (therefore failing to promote to RLCS) both times. Now he has joined Lethamyr and Zanejackey on Ghost Gaming.

Reasons to watch him

Memory immediately made an impact in the Universal Open tournament recently, where he and Lethamyr qualified for the live finals in the biggest 2v2 tournament in Rocket League.

While they lost to eventual finalists gReazy and Scrub Killa in the first round, they went on to impress in the lower bracket, defeating Dappur and Mijo 3-0, followed by a 3-0 sweep against favourites GarrettG and Jknaps.

They ultimately ended in 4th place by losing to Mognus and Metsanauris, but Memory already showed he was an RLCS-calibre player.

The question now is whether he can also perform in a 3v3 environment at this level. RLCS is a step above RLRS, but he has also joined a team with the skills and experience. It’s not out of the question that they qualify for LAN and even finish fairly high.

After winning RLCS Season 2 and being crowned World Champion, three disappointing seasons followed, the latest of which gReazy was moved to a substitute role. He has left his substitute role at ex-Envy (now We Dem Girlz) to replace Metsanauris on CompLexity.

He had always been a top-tier player, so it was disappointing to see him underperform. But gReazy wouldn’t give up so easily. He was determined to get back on track and find himself on a top team as a starter again.

Like Memory, gReazy recently reminded us what he was made of in the Universal Open, where he finished in second place alongside Scrub Killa. He looks to have found his passion again with impressive performances throughout the tournament.

The reason it’s going to be so interesting to watch him is not just because of his revitalisation, but also because of CompLexity. Mognus, Al0t, and Metsanauris were one of the longest-standing teams, which has now been broken up. Can gReazy find the necessary synergy with his new teammates to win his second world championship? Or is he never going to reach the same high as Season 2? With him being one of the most entertaining personalities in the professional scene, we can only hope he sticks around for as long as possible.

gReazy is pictured on the far right.

Many brows were raised when Alex161 and Skyline announced they were dropping Mummisnow from the team after they successfully promoted to the RLCS. Mummisnow was considered the best player on the team by many fans, so when it was revealed he wouldn’t be playing alongside his former teammates, fans wondered whether he would find an RLCS team in time after working for his promotion so hard.

Replaced by Tigreee, Mummisnow instead found a spot on Fnatic with fellow-Danes Snaski and Maestro. It can be argued that Fnatic made a decent improvement with this change, while his former team (Mousesports) did not.

Regardless of your opinion on the matter, matches between Fnatic and Mousesports are bound to be full of emotion and storylines. We’ll definitely want to keep an eye on Twitter for those juicy reactions after the match-up. Mummisnow has won sympathy points from many fans and joined a team that is already loved by most. On top of that, he is an exceptionally talented player who is expected to be able to perform at RLCS levels.

Are you especially excited to watch any of these particular players perform? Let us know!