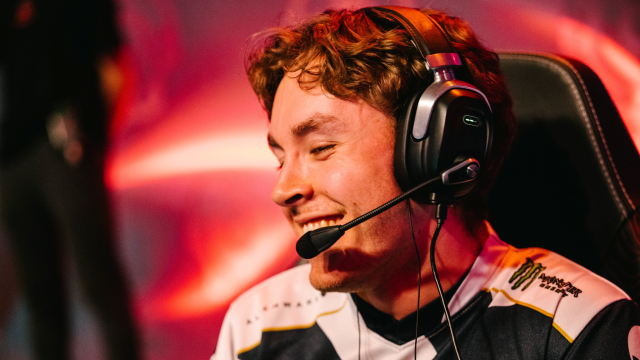 In the first series of the day Team Liquid faced Team Aster in the lower bracket of the International 11 main stage finals. On one side, Team Liquid was playing to keep Lasse “MATUMBAMAN” Urpalainen International dreams alive in the final tournament of his career. On the other, Aster represented the final Chinese team left in the tournament and was playing for an entire country. Upcomer scoped out fans and players alike to get their thoughts on the incredible series that secured Team Liquid’s spot in the lower bracket finals.

Team Aster is now out of the tournament in 4th place. They began their journey in the Upper Bracket, but fell to the Lower Bracket after a loss to Tundra Esports. They are eliminated in 4th place after a rematch against Team Liquid. #TI11 pic.twitter.com/xFhZMSYSEO

Players and fans react to Team Liquid vs Aster

Walking around the stadium, it was clear that most fans were on the side of Liquid going into the match.

MATUMBAMAN is a fan favorite and most fans would want to see Liquid move on as far as possible before he inevitably retires at the end of this event. Despite Aster’s loss, they played their heart out in a best or three series for the ages. The first game included a classic Team Liquid comeback that they have been known for throughout the event. Against an incredibly difficult Sniper and Underlord lineup. We caught up with Murielle “Kips” Huisman an analytical coach and former analyst for teams like Vega Squadron and Fnatic to see her thoughts on the series.

“I’ve been on the Aster train for like two years now now and it absolutely broke my heart to root for them against Team Liquid,” Kips said, describing what most fans feel at this point of the tournament, where every team is a favorite. “I do believe that Aster could’ve won game two and three if they hadn’t messed up on their timing and allowed Ludwig “zai” Wåhlberg’s to get a Lotus Orb.”

Kips believed that Liquid was the more resilient team today and gave props to them for picking the risky Night Stalker in an elimination game. MATUMBAMAN had only picked Night Stalker four times before in his professional career according to statsman Ben “Noxville” Steenhuisen.

With a top three dominated by the Western Europe region, it would only be right to get insight from players of said region. Upcomer managed to catch Melchior “Seleri” Hillenkamp of the Gaimin Gladiators as the match ended to gauge his thoughts on who he supported this series.

“Out of spite, whenever you’re [Gaimin Gladiators] you tend to root for the team from a different region,” Seleri said. “But deep down, I have a lot of friends on Liquid, so I was very happy to see them win.”

Seleri mentioned that it was great to see both teams teams play without fear and to see Liquid turn it around after game two. He even gave props to MATUMBAMAN’s Night Stalker, mentioning that it was a great pick into Aster’s Beastmaster pick.

Today, Liquid will fight for their tournament life once again against inter-region rivals Team Secret and fans will get to see if MATUMBAMAN will end his career with an International win, or just a high placing.