Path of Exile character classes: Everything you need to know - Upcomer

Path of Exile character classes: Everything you need to know 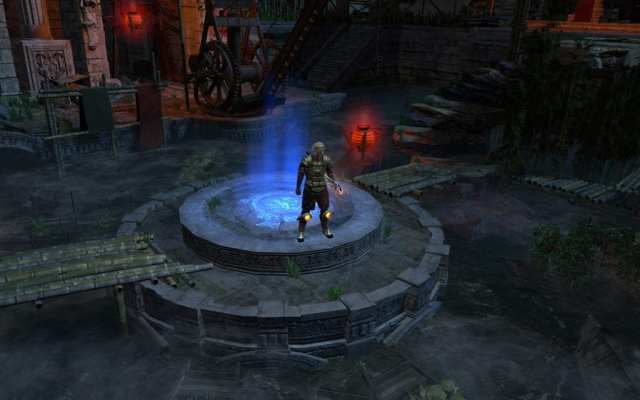 This is a game that’s heavy on the building aspect, so Path of Exile character classes play a big part. A player’s character choice has a lot to do with the shape and form of the game’s progression. For instance, the starting point in the passive skill tree is determined by which character class you decide on—making it necessary to have a plan right from the get-go. As such, you must choose one that is highly reflective of your style of play to succeed later.

Each Path of Exile character class has its corresponding attribute ability (ranging from strength to dexterity and intelligence). While some classes are focused solely on one type of attribute, there are the “hybrid classes” to choose from so players have the luxury to dabble in more than one attribute for a more dynamic build direction. How you progress from your starting point depends entirely on which skills you want to spend Path of Exile Orbs on. On top of that, each character class has its own set of ascendancies for you to take advantage of.

To help unravel the mysteries of character building, here’s a look at all the things you need to know about the Path of Exile character classes.

The Marauder: Bash ‘em All

Do you have a knack for smashing things? If so, then the Marauder is the perfect character class for you. Living up to his bone-crushing name, this character gives new meaning to the term brute strength. You can afford to throw any semblance strategy out the window when you choose this character as you go on an all-out ground and pound session.

The Ranger: Shoot to Thrill

A character designed solely for dexterity. The Ranger does what it does best: shoot projectiles (effectively, might I add) from a distance. Both agile & fast, the Ranger has the uncanny ability to dart in and out of the action to avoid critical strikes. What it lacks in brute strength, it more than makes up for in deft & swiftness.

The Witch: I Put a Spell on You

Players who fancy themselves smart fighters will do well to choose the Witch. Based purely on the attribute of intelligence, she has an unrivaled mastery of the elemental & dark arts at her disposal. Thanks to her indomitable will, would-be enemies will have first to pierce a protective barrier to inflict damage upon her.

The Templar: Holier (and Mightier) Than Thou

Strength and intelligence hybrid, the Templar finds perfect equilibrium in the field of battle through equal parts of power and wit. His ability to withstand heavy damage at the hands of enemies makes him a comfortable choice for frontline battle just as easily as ranged fights.

Utterly proficient with fast-hitting weapons, the Shadow is a lethal character that combines equal parts of dexterity and intelligence. Using blades with surgical precision, he is swift on his feet and can outmaneuver even the agilest of beasts.

The Duelist: Fight with Honor Die with Glory

Combining sheer strength and dexterity, the Duelist fights with a quick-tempered fighter and swiftly deals substantial damage to unwary opponents. With cat-like reflexes, he is also able to avoid damaging attacks from enemies from all sides of the battlefield.

The Scion: Be All, End All

The Scion is unlocked when players reach the end of Act III. The Scion is a character that’s ideal for players with a knack for multi-level gaming strategies. She is the only character that has access to all three attributes. The fact players start their build right in the middle of the passive skill tree gives the Scion an enviable position. A word to the wise though! Be careful not to branch too far out in multiple directions. It’s quite easy to fall prey to option paralysis when all paths are open to you in the passive skill tree.

Each character in Path of Exile character classes has its inherent strengths—and subsequent weaknesses. That’s where the pure thrill of total customization of the game comes in. Players will have a choice regarding character mold right down to full-on character customization. With careful planning and the right approach, you can make your PoE experience one for the books.

Until the next post, happy building and happy monster-slaying!