Patch 8.11 Breakdown | The Marksman Rework and the arrival of Pyke

LoL Patch 8.11 | The Marksman Rework and the Arrival of Pyke 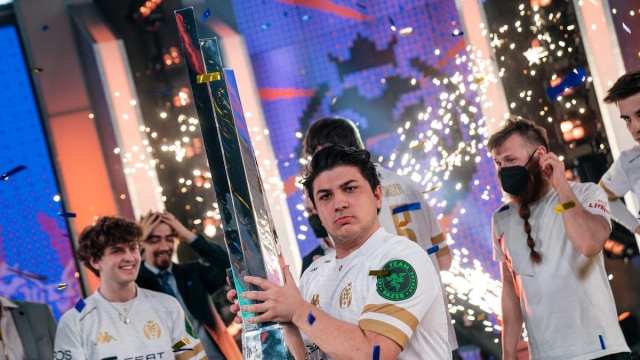 The latest League of Legends patch is live! Patch 8.11 sees the introduction of League’s newest champion, Pyke, as well as the long-awaited Marksman rework. This patch also brings new runes, Baron nerfs, and a large rework to ARAM! Read all of the important cliff notes below, or visit the official site for the complete breakdown.

Pyke is the League’s newest assassin, the first to be designed with the support role in mind. Because of the nature of his abilities and a passive that turns his bonus HP into bonus AD, he will also get a ton of playtime in the jungle and in the solo lanes.

Pyke’s unique playstyle makes him an extremely mobile, high damage assassin that can get resets for his ultimate on champion kills. He also carries a new and extremely powerful interaction where he can share the gold from his kills with one other teammate. If Pyke kills an enemy champion with his ultimate, Death From Below, the last teammate to assist him will receive full kill gold. This instantly makes Death From Below one of the strongest ultimates in the game.

For a look at Pyke’s abilities and visual kit, check out his “Champion Spotlight” video below. To learn more about his playstyle, lore and feel as a champion, check out his champion reveal page.

We all knew it was coming. Anybody who plays marksmen was dreading it. Everybody else couldn’t wait. Patch 8.11 means that the Marksman Rework is here.

Practically every marksman in the game was nerfed with this update. Fleet Footwork doesn’t sustain as much, most core build items cost more and most champions had their base stats reworked. If you’re a carry in the botlane, you’ll take longer to get power spikes. You’ll recover fewer health points in lane. You’ll do less damage to enemy supports and you’ll have a harder time last hitting minions.

The following champions had their base damage reduced and shifted to growth rate: Ashe, Caitlyn, Draven, Ezreal, Jhin, Jinx, Kai’sa, Kalista, Kog’Maw, Lucian, Miss Fortune, Sivir, Tristana, Twitch, Varus, Vayne and Xayah. This means that each of these champions will do less damage for the first 8 levels. At level 9, the differences will break even and begin trending into positive growth. All of these champions also had their base health increased and their health regen rates reduced, making it more difficult to sustain in lane.

As I mentioned above, the Fleet Footwork precision keystone was hit hard. The rune now gives less speed, less health off of minions, and no longer grants healing for critical strikes. To make up for these nerfs, they introduced a couple of new keystones under the Domination tree that help with burst damage. The new Hail of Blades keystone gives you a large attack speed buff on your first three attacks against a champion after you’ve spent 5 seconds out of combat. The new Ultimate Hunter keystone reduces your ultimate cooldown by 5%, and by an additional 2% for every Bounty Hunter stack collected. Bounty Hunter stacks are obtained each time you kill an enemy team member for the first time.

Possibly the biggest aspect of the Marksman rework was the item changes. Infinity Edge no longer gives critical chance on its own, nor does it raise critical damage. Instead, it doubles the crit of all other sources. Because this is a huge buff to crit rate, all crit-based items received nerfs to compensate. Brawler’s Gloves, Zeal, Rapid Firecannon, Statikk Shiv, Runaan’s Hurrican and Phantom Dancer all had their prices raised and their base crit rate reduced. As a result of these nerfs, Infinity Edge has become a necessity in maintaining the efficiency previously provided by these items.

Essence Reaver was the other core marksman item to get some big changes. The item’s crit rate was removed and the mana regen on critical strikes was shifted to basic attacks instead. Furthermore, Reaver has a very powerful new passive. After casting your ultimate, the next basic attack will grant Essence Flare for 8 seconds, raising attack speed by 30% and causing basic attacks to refund 20% of all non-ult champion spells.

There were many other item changes that also affect Marksmen in different ways. Armor Penetration items are less effective. Lifesteal items cost less. A new item, called Stormrazor, will provide a large power spike to champions with slower attack speeds, like Jhin. To read the full details on all item changes in Patch 8.11, check out the full patch notes here.

Patch 8.11 also brought some pretty big changes to ARAM, both in and out of the game.

Champion select will be a lot less frustrating, as champions that have been discarded by the reroll system will now go into an “available champions” pool that anybody can trade with. Did someone get your favorite champion and reroll before you had a chance to trade? There’s no longer a reason to be salty. Now you can trade for it even if it’s no longer selected. This feature also allows you to trade back to your original pick if you don’t like your reroll result. Speaking of rerolls, you’ll earn them a lot more often. 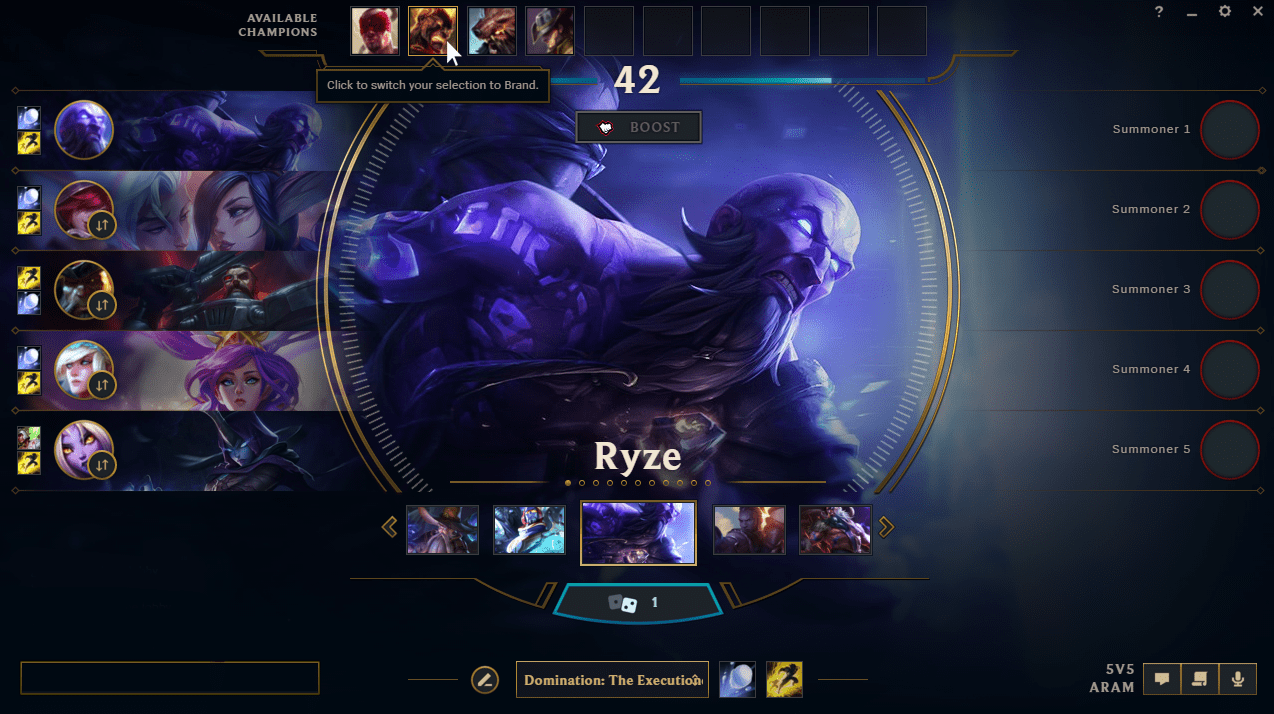 Recognizing that AFK players and disconnects are a real problem, Riot has also implemented earlier surrender timers. A unanimous surrender can now occur 8 minutes into the game, while regular surrenders have moved up to 12 minutes.

The biggest change for the mode is a larger champion pool. The free rotation for ARAM has been expanded to the previous three cycles of free Summoner Rift heroes. This means that your ARAM lobby will present you with at least 42 champions. This helps the mode stay true to its random nature and reduces the likelihood of getting the same heroes repetitively.

Aside from these major changes, Riot made many smaller quality of life improvements as well; players hit level 4 a lot faster now, health orbs heal more if your HP is lower, S-ratings are easier to obtain in the post-game and the spawning area now has base gates to increase start-of-game movement speed akin to Summoner’s Rift.

Read about the full changes to the ARAM mode as well as the new Bilgewater event theme in Riot’s “dev blog.”

Base turrets now have lower health and are easier to break but also regenerate health faster. Furthermore, inhibitor and nexus turrets have had their health bars divided into three tiers that act as checkpoints. If you wipe out a health tier on a turret, that turret will no longer have the ability to regenerate past that point.

Baron Nashor received significant reductions to his power. The giant tentacle beast now has reduced attack speed, far lower corruption damage, and no longer applies corruption stacks. The scuttle crab was becoming too much of a distraction to junglers so its respawn timer has gone up. To make up for this change, the scuttler’s vision shrine will last longer and all other jungle camps will provide more experience. 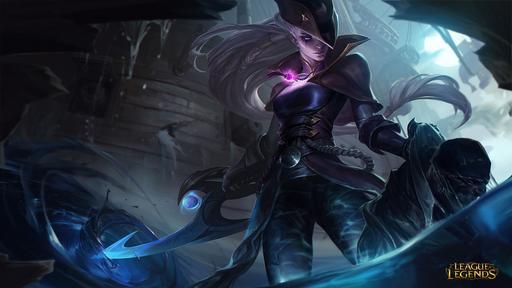 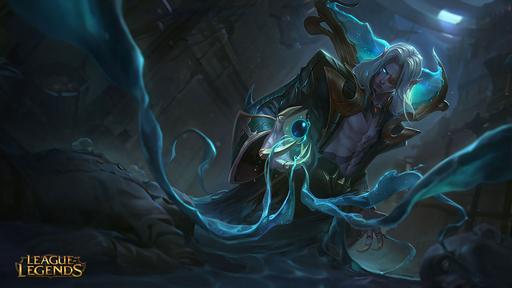 We hope you enjoyed this rundown of Patch 8.11. Make sure to return for all future patch breakdowns.