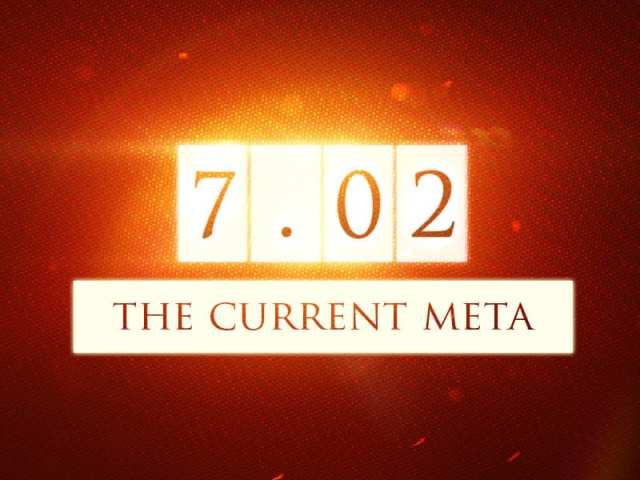 Update: here’s the latest changes in 7.15

Directly from the horse’s mouth, give or take a Phantom Lancer exploit

* Agility heroes base strength increased by 1
* Intelligence heroes base intelligence reduced by 2, except for bane (base damage adjusted to remain the same)

First of all, the big thing to notice is the change on the shrines. You can’t attack them if you haven’t destroyed a T3 enemy tower. And that leaves you vulnerable to flanks when you’re trying to push high ground, which, for some reason, your teammates aren’t willing to do when you’re solo queuing because they’re busy farming the jungle, like they did the entire game.

Another major change are the changes around the entire map. Teams no longer have easy Roshan access and it can be snatched by the enemy very easily if they have heroes like Clockwerk or Storm Spirit. And in addition, all the new juke spots. It seems Asians are more familiar with the juke spots, because you know, we like to stay in the trees. [HyHy intensifies]

How The Changes Affect General Gameplay And Laning Phases

All the changes discourage split pushing. The changes are basically a throwback to Dota 1, where all you did was teamfight and split pushing wasn’t even a thing. Of course the juke spots really let players shine in the laning phase. You have more chances of escaping from a gank, as well as the chance to gank the enemy in an unexpected way. Where all the new skill reworks come to play, like Treant’s, which I hope we all agree is really frickin annoying.

I’m sure most of the players have noticed, people start 5-manning very early in this patch. And this is the outcome of the new patch. It allows you to 5-man push early on and hence force teamfights. Because who doesn’t like to watch teamfights in competitive plays?

The change in the jungle also comes into play here. The offlane hero has access to more neutral creeps and a bounty rune every 2 minutes. And that allows offlane heroes to scale well even if they are pushed outside the lane. However stacking neutrals can’t be done every minute now. So you’re forced to stay in the lane and you can’t have many neutrals to fall back on. Ultimately you have to stay in the lane, but avoid getting ganked. And how do you do that? You 5-man.

Teamfights Matter More Than Ever

As I have made it quite clear and as you have probably noticed many times already, the key to this patch is to stick with your team. And outplay the enemy as a team.

Noticed how well Team Liquid and B)ears have done in the DAC qualifiers? If you did then you know how they teamfight, they always outplay their enemies in teamfights. Like how a Windranger shackles 2 heroes, or how Miracle’s Invoker tries to hit multiple heroes with his skills while executing a combo to only kill one hero.

However with every change in gameplay comes the question, how do you get better at the game’s meta? And the answer is, getting better at teamfights. Split pushing, sadly doesn’t have much effect in the current patch.

The Foreseeable Change In The Community And Pub Hero Picks

In the social aspect, sadly, all the flaming skills we have developed through all the years are forced to be laid to rest and you might just have to encourage your allies into taking good fights and being polite about it, if you want to win. I know, it’s painful right?

But that’s what I gathered. Valve is constantly working to make Dota 2 a good place, and this new patch might just help with that.

If you’re looking to put yourself through the painful process of gaining MMR, the best thing to do is to get a teamfight heavy hero but one that can control the enemy too. Like Axe, Centaur, Abbadon or Necrophos. These heroes also have had a constant 50%+ win rate in patch 7.00 through 7.02. And they also have like a 80% chance of making your enemies salty which ultimately contributes to them getting outplayed by you. All the more reason to pick those heroes!