Paris Eternal use Overwatch's workshop to practice for Overwatch 2

Paris Eternal use Overwatch’s workshop to practice for Overwatch 2

AVALLA and EloHell created a practice mod for OWL 2022 tryouts 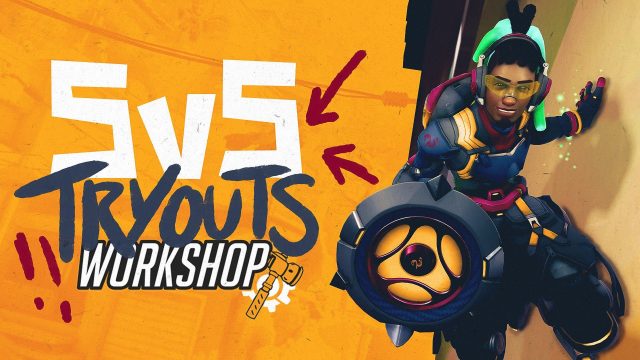 In the race to an Overwatch League championship, and in light of confirmation that the 2022 season will play out on Overwatch 2, every single team is making significant roster changes in an effort to secure an early advantage in uncharted territory. But the Paris Eternal, in particular, are using resources unlike any other to get ahead.

Working with what you got

While still playing on the original Overwatch, Paris Eternal’s General Manager Kim “AVALLA” Kyoung Ey worked alongside EloHell’s mod developers to make the closest workshop approximation to Overwatch 2 for their tryouts and practices. This included changing the teams to 5v5 and adding as much of the announced hero changes as possible, as well as taking some creative liberties with unannounced changes.

AVALLA said using workshop game mode for the team’s offseason tryouts was something that she thought of around mid-Sept.

“It made sense, in my mind, to practice in 5v5,” said AVALLA. “As far as I know, other teams are practicing in 6v6, probably because it’s easier to judge a player for them that way. I thought, ‘why wouldn’t we do tryouts in 5v5 over 6v6? We can at least get used to the feeling of it, even if it isn’t a perfect representation of Overwatch 2.’”

In preparing for the 2022 Overwatch League season, teams have to sign players for a game they don’t have access to yet. A good portion of teams already have a possible starting five signed to their roster, and the Eternal are only a couple of signings away from that, too. But, according to AVALLA, this strategy of incorporating the mod doesn’t just help the Eternal build a smarter roster; it also gives the players practicing for 2022 a stand-in game to prepare with until Overwatch 2 comes out.

“I think a lot of the players who practice on our mod agree that this will help them more for next season,” said AVALLA. “Giving these players the opportunity to try new things, whether they’re confirmed for Overwatch 2 or not, shows off their flexibility and helps us determine what we’re looking for as a team.”

Offering a taste of the future

After working alongside Coby “CactusPuppy” Zhong, one of the lead developers on this mod, AVALLA and the Paris Eternal sent a workshop code to their tryout players weeks in advance. This gave them time to adjust before playing in the tryouts.

This specific mod is built on the simple, pre-existing workshop 5v5 mod, but it has added in as many of the announced hero changes as possible. For other heroes that haven’t had changes revealed, the team decided to add custom abilities to other heroes to add more variety and balance to the modified game.

“It took about a month total to add all the abilities that we have now,” said CactusPuppy. “There were a lot of bugs, and with the workshop mode you’re essentially trying to re-work the game without all the tools you would normally have as a game developer. This isn’t the first time we had to make a mod for competitive play, so we just had fun creating it and then just had to balance it afterwards.”

Out of all the players rotating throughout the tryouts, the remaining core from the 2021 Paris Eternal roster got to practice in the workshop alongside new potential teammates. For Danish DPS Nikolai “Naga” Dereli, this early facsimile of 5v5 was the breath of fresh air that helped sustain his love of Overwatch’s competitive side.

“For this 5v5 mod, I feel like there is more carry potential per person,” said Naga. “DPS can do a lot more, and the trade focus of 6v6 matchups has changed to fast-paced carry moments. The changes themselves bring new things to discover, which Overwatch didn’t have for a while, and those discoveries help refresh the game and keep it fun.”

After playing with all the changed abilities, Naga said liked the theory-crafting in the mod as much as learning the announced Overwatch 2 changes. Some examples of the creative ideas the mod’s dev team implemented include giving Mercy the ability to give her Guardian Angel to a teammate or letting Doomfist punch on a vertical axis. Whether made by the mod team or the official Overwatch team, both changes were equally fun to play, according to Naga.

“The adaptations all these pro players do is so fast,” said Naga. “You forget about the new abilities sometimes, both the confirmed Overwatch 2 ones and the custom ones, just because of the lack of playing time. But, the experimentation is what makes it fun. The theory-crafting part is awesome, and most pro players will adapt quickly just because they already had to do this for Overwatch in the first place.”

Potential frontrunners in the off-season

Above all else, AVALLA’s jump to use this mod for their scrimmages is something she thinks is specific to them for this offseason. She thinks it might start a trend for other team practices up until Overwatch 2’s official release. According to CactusPuppy, no other competitive Overwatch teams at any rank have contacted him about making a mod like this.

“It’s surprising to me,” said CactusPuppy. “AVALLA mentioned this to me, too, as the next season is confirmed to be on Overwatch 2. Of course, players can carry over their skills mechanically and cooperatively to next year, but there still is a significant change. Teams should try out in these new environments, even if they’re incomplete.”

In an offseason that marks the largest amount of player movement since the Overwatch League’s inaugural season, the Paris Eternal are doing their best to stay one step ahead of their competition, and possibly even change the league’s scrim standards for the foreseeable future.