What details we know about these Pokémon variants 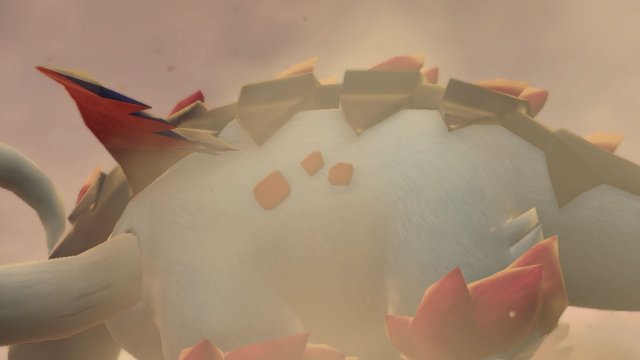 The Pokémon Company shared Tuesday its final reveal trailer prior to the release of Pokémon Scarlet and Violet on November 18. This trailer briefly teased a previously leaked type of Pokémon variant known as Paradox Pokémon.

In the trailer, viewers could catch a glimpse of two elephant-like Pokémon. Both of them resemble Donphan, a Ground-type Pokémon from the Johto region. The official Pokémon Twitter account later confirmed that these creatures have somewhat unusual names: Great Tusk and Iron Treads.

Great Tusk has curved tusks that are larger than Donphan’s, along with an armor-plated back. It also appears to have fur, giving Great Tusk the appearance of an ancient mammoth. Meanwhile, Iron Treads has a more futuristic look, with a metallic body and a digitized face. As its name suggests, Iron Treads appears to have treads that it can use to roll along the ground.

As of now, The Pokémon Company has not revealed specific information about these Paradox Pokémon, such as their types or movesets. However, these Pokémon are related to the Scarlet Book and the Violet Book, a set of version-exclusive travel logs that detail monsters from previously unexplored areas of the Paldea region.

Join forces with other Trainers from around the world to battle the mightiest Pokémon in Paldea! 😤 🤝

Although The Pokémon Company itself has not publicly used the term “Paradox Pokémon,” Centro Leaks leaked in July that this title would be used for ancient and futuristic monsters that bear a resemblance to existing Pokémon.

This new variant plays a prominent role in the games, as the box Legendaries, Koraidon and Miraidon, are technically Paradox versions of Cyclizar. In general, the past and future species of Pokémon will be difficult to obtain. They will also play an important role in the story of each game.

As of now, it seems there will be 16 Paradox Pokémon in total. Two of these will likely join the games later as downloadable content. In addition, Centro Leaks claimed in September that Great Tusk will be a Ground/Fighting-type, while Iron Treads will be a Ground/Electric-type.

The latest trailer, set to Ed Sheeran’s “Celestial,” also depicted dialogue suggesting that the player character’s rival, Nemona, becomes a champion of the Paldea region. However, according to Centro Leaks, champion is not an exclusive title in Paldea, as the region has multiple champions.