Even as he steps down, Bunney is taking a defensive approach 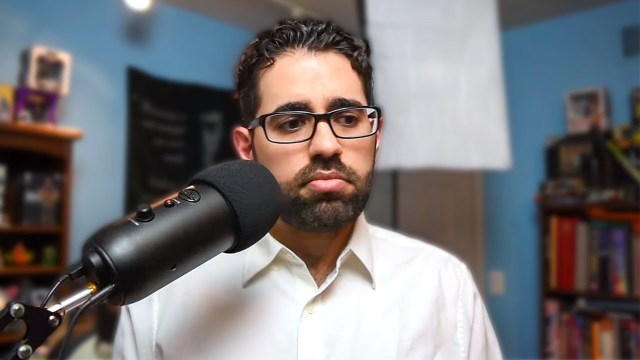 Provided by YouTube via Panda Former Panda CEO Alan Bunney has released a public statement for the first time since the Smash World Tour cancellation.

Shortly after midnight on Monday, esports organization Panda Global announced that CEO Alan Bunney has resigned and the Nintendo-licensed Panda Cup Finale has been postponed. Their announcement came in the midst of Super Smash Bros. Melee top eight at Beyond the Summit’s Mainstage 2022.

“Panda is committed to demonstrating our commitment to the community, and everyone who shares our passion,” the statement said. “Panda is committed to do our part to move the competitive Smash community above and beyond the current situation, starting with an internal restructure and a rededication to our values as members of this community.”

Panda’s statement came following a tumultuous week for the Smash community, which began with the cancellation of the 2022 Smash World Tour Championships. While Nintendo denied shutting down the Championships, the organizers shared a written statement they received from Nintendo in which Nintendo told them it expected them to secure a license before operating a commercial tournament and that they would not be granted a license for the 2022 Championships or the entire 2023 circuit.

The Smash World Tour organizers also accused Bunney of misconduct. As a result, many players called for a boycott of the Panda Cup Finale. Ludwig Ahgren even scheduled his own invitational over Panda’s circuit finale.

In its latest statement, Panda said it will release players who want to leave the organization from their contracts. The organization also said the Panda Cup Finale had been postponed to an unspecified date for security reasons. An interim management committee acting in Bunney’s stead will issue refunds to registered players in the near future.

Bunney’s response after the Panda Cup Finale was postponed

About an hour after Panda announced the Panda Cup Finale had been postponed, Bunney released his first public statement to Twitter since the allegations of misconduct were levied against him last week. In it, he claimed he will share evidence that the Smash World Tour organizers lied and that Beyond the Summit leadership “put the community in jeopardy.”

I've stepped down as CEO of Panda to protect the safety and wellbeing of the team.

My statement (with evidence) is coming. pic.twitter.com/LkousPo183

In their statement from last week, the Smash World Tour organizers alleged that Bunney attempted to sabotage their circuit by telling tournament organizers that Nintendo would eventually shut down the Smash World Tour. Bunney also reportedly attempted to strongarm Beyond the Summit into adding its tournaments to the Panda Cup by threatening to have Nintendo shut down their Smash operations if they didn’t join.

Bunney has not revealed when he intends to release his full statement. However, the Smash community has largely responded to his teaser statement with mockery and disapproval.