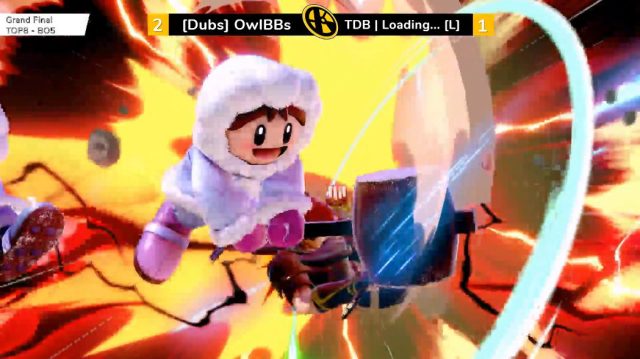 Amazingly, OwlBBs only dropped two games throughout the entire event. His first game loss came at the hands of Brandon “DarkStalker” R. in a set that OwlBBs won 2-1. Afterward, he beat “OOz!?” 2-0 in order to advance into top 32 on winners side.

OwlBBs continued his run with a pair of 3-0 victories over Tobias “Tunbi” Harbisch and Marc “SdN” Friedland. Then in top 8, he scored another pair of 3-0 wins over “Nades” and Herman “Loading…” Schröer. Finally, OwlBBs defeated Loading… 3-1 in Grand Finals (after a long break due to Loading…’s internet going out). In any case, OwlBBs claimed 1st place at the Quarantine Series Europe Edition.

Other results from the Quarantine Series Europe Edition

RobinGG fell into losers earlier than expected, suffering an 0-3 loss to SdN in top 32. However, he put together a remarkable losers run in order to reach 3rd place. RobinGG had to beat Ramin “Mr.R” Delshad, Andrés “AndresFn” Fariñas, and Takeo just to make it into top 8. From there, he eliminated Marc Briansó, Nades, and Supahsemmie.

Rounding out the top 4, Supahsemmie had a commendable performance at the Quarantine Series Europe Edition. He swept through pools with wins over Marc “marcpq” P. and Kevin “Rage” B. Supahsemmie also defeated Mertcan “Snormanda” Irdem, Marc, and Tarik Fayazi before his run ended in 4th place.