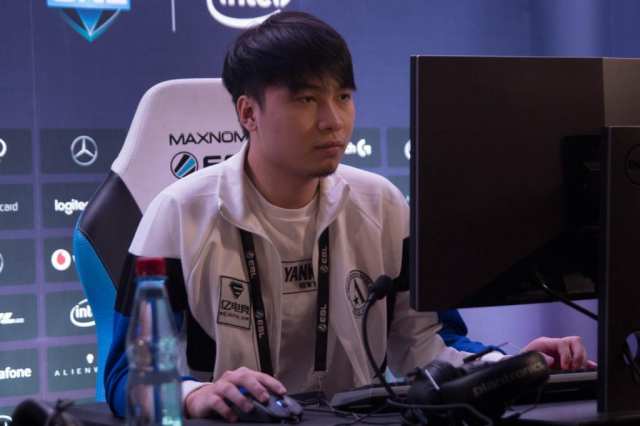 If you’re a fan of upsets, then you’ll be pleasantly surprised. Day one of the OWL semifinals was chock full of them. The Los Angeles Valiant and the London Spitfire did not disappoint though, giving fans an exhilarating five matches.

The number two ranked Los Angeles Valiant came into the semifinals looking strong. Their regular season record was an impressive 27-13, and their Stage Four was their strongest stage yet. Los Angeles even beat the best team in the league, the New York Excelsior, for the Stage Four title. They had plenty of momentum carrying into the night’s festivities.

This was the opposite of the London Spitfire, who’s inconsistency would plague them for most of Stage Four. They would have their worst finish yet, with at 4-6 record. The Spitfire is a team that has the potential to be the best team in the league but have never been able to live to expectations.   However, London looks to use their momentum from their upset win against the Los Angeles Gladiators to propel them past the Valiant.

This was a close series, but it didn’t seem that way for the first two maps.

On Junkertown, the London Spitfire would seem to overwhelm the Los Angeles Valiant on offense. Once the Spitfire got the ball rolling, they could not be stopped. On defense, it was a bit closer, with their star DPS player Terence “SoOn” Tarlier making some great plays through the stretch. Unfortunately, his efforts on the map were for naught. Park “Profit” Jun-young and Kim “Birdring” Ji-hyeok were absolute beasts today. They would outplay SoOn and his fellow Valiant sniper Brady “Agilities” Girardi throughout the semifinals’ first series.

London’s Jun “Fury” Ho-kim would prove to be a huge impact in the first two maps as well. He would score 67 eliminations on Junkertown and Lijiang Tower. However, on the next two maps, the Los Angeles Valiant would give the London Spitfire some trouble. LA would return back with a vengeance on King’s Row, and then the teams would end up tying on Hanamura. This would force a game five on Dorado.

Unfortunately for the home crowd, Park “Profit” Jun-young and Kim “Birdring” Ji-hyeok would crush it on Dorado. They would prove to be the deciding factor in the match, catching out Los Angeles Valiant players left and right. The meta currently favors the Spitfire, especially with two of the most talented snipers in the league at their disposal. If they can carry this momentum into the next series, the London Spitfire could be flying high into the first OWL Finals.

1. SoOn And Agilities Need To Step It Up

Plain and simple, the Los Angeles Valiants DPS players have to bring their A game out for the next series. In a meta where a double sniper composition is super strong, they are the most important players on the team. Birdring and Profit have been outshining them so far. Let’s see if they can bring out the big guns for series two of the OWL semifinals.

Speaking of a double sniper meta, these two have been exceptional thus far. They were able to give the Los Angeles Valiants sniper duo a run for their money. They cannot let up the pressure on one of the best teams in the league. Hopefully, they are able to keep their level of play high, going through the OWL playoffs.

This goes without saying, but we can never see regular season London Spitfire ever again. If we do, that just means that they are taking an early exit from the OWL playoffs. Like we said, London has so much potential. Their flex, Fury, has been one of the best tank players in the playoffs. The rest of the team cannot simply rely on their DPS to carry them to wins. They all need to contribute to push the London Spitfire to the next level.

What do you think about the semifinals’ first day between the London Spitfire and the Los Angeles Valiant? Let us know your thoughts in the comments below! If you missed our OWL Playoffs and Grand Finals predictions, check it out here!