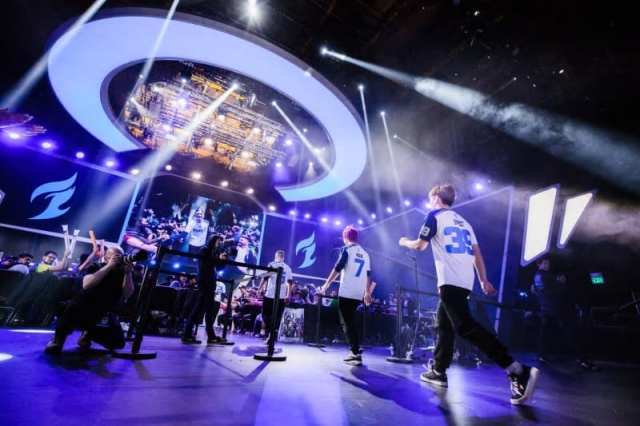 Even with the lack of matches in this off-season, the time has been filled with a lot of moving pieces. In the Overwatch League, this time in-between seasons one and two will solidify the dark horse teams from the hopeless ones. If you’re wondering what this article is about, it is a continuation of the trade centre recap I just started. I am going over each team’s transfer news, individually in order of the season standings. I’m going to go over teams six through twelve in the standings, but if you’re curious to see how the top teams have traded, click here. Continuing where we left off…

Thank Jeff Kaplan himself I decided to split this trade centre into two parts, because if I wrote it all yesterday like I originally planned, I would have missed some trade movement from this team. Being such a diverse and gritty team, they showed their skills by making it to the Grand Finals. Should they risk taking new players or releasing their roster that got them that far?

To answer myself, no. But, they did release three players, including one of their bench players who proved his skills at the World Cup. While their releasing of Joe “Joemeister” Gramano and Jeong-Hwan “DayFly” Park weren’t big hits for the Fusion, they also released Georgii “ShaDowBurn” Gushcha.

Our success in the inaugural OWL season could not have been achieved without their dedication. They will always be part of the Fusion family and we wish them the best.

Shadowburn was one of the more interesting players to watch in the league, but as Fusion had inconsistency, he fell out of the roster. He would get subbed in for multiple matches near the end of the season, but EQO kept the main roster spot over him. After a great performance for Russia in the group stages, people knew he deserved a first team spot in the Overwatch League. But the Fusion wasn’t one of them. This release isn’t too surprising, but now we have about a month to see which team he goes to and makes better.

Houston was a time that was always interesting to watch but also never top tier. Their lack of a Tracer player really showed in the earlier stages, but also some unluckiness affected them. While they might be looking into free agency for another star players, they also didn’t have to make many changes. They did recently make a move, but not a major one. They recently released Russell “FCTFCTN” Campbell, a tank that saw little play in the league.

Today we announce that we have parted ways with @FCTFCTN.

Thank you so much for your time here Russell. You were a great teammate and friend, and we wish you the best of luck moving forward. pic.twitter.com/yIocwwzMkI

While FCTFCTN did admirably when he played, he just wasn’t as good as the multiple great tanks that are on the Outlaws roster. I can imagine him getting picked up in free agency as a backup tank in case of injury.

Seoul clearly knew what their problems were when it comes to the overall season. Their main tank role went to hell early on and led to many losses against lower teams. But, with the rumours of Fissure wanting to join a full Korean team, Seoul seemed like the perfect team. The rest of the players on the Dynasty are still above average, but the addition of Fissure seemed like a godly upgrade. So they simply went out and did it.

Besides the over-exaggerated hashtags, this tweet must’ve been the best thing Dynasty fans could have seem before the All-Star weekend. A player who not only they needed for his role, but someone known to improve his teammates. Fissure did that with a English speaking team as well, imagine him now that he can speak in his native tongue to all his teammates. This must make Seoul a top tier team for the second season, but I can imagine them grabbing some people in free agency.

The Shock are a team that I expected to make more releases earlier on. The league knows them as the only team that stocked into young talent and knew wouldn’t be great for the first season. Their ages were the only reasons why most of the talent on the Shock weren’t on in Stage 1. As they grew up and got onto the roster, the Shock eventually would have to release their older rental players. Just before the All-Star break they released André “IDDQD” Dahlström, David “Nomy” Ramirez and Daniel “dHaK” Martínez Paz.

Today we say goodbye to three amazing players and friends, @Nomy @daitchaK @iddqd, who made history with us this year in the @overwatchleague.

We can't thank them enough for everything they have done for us and wish them the best in their future endeavors.#ForeverFamily pic.twitter.com/KcGfemll1T

While Nomy and dHak both fit the older rental type, IDDQD was just on the cusp on making the starting roster. While he did make his debut on the last game of the Shock’s schedule, people knew he deserved a team that would play him. Much like Shadowburn on the Fusion, IDDQD simply needed a team that better fit him. But IDDQD needs to show his skills more to even have a chance to get signed in free agency.

Nothing has happened with the Dallas Fuel as of yet in the off-season. But the key word in my previous sentence is ‘yet’. This has been one of the most active teams on Twitter. They made a lot of noise by announcing that news was coming, before releasing this tweet recently.

Some @DallasFuel news: we are building out a new LA training facility for our team specifically for the 2019 Season.

Roster news: we have optioned 6 players up until this point for services in 2019. Details next week as we have more for you.

Mike Rufail is the team owner and CEO of the Dallas Fuel, so this is as direct of a source as you can get. People were surprised that only six of the previous roster were going to stay for the next season. While we already know of Seagull’s retirement, people think that star player Effect will be on the trade block. Effect’s skill is undeniable, but his attitude was very poor and partly led to the Fuel’s poor season. Besides that, honestly anyone could be kicked from the roster for a couple reasons. We’ll have to wait and see on the Fuel.

Florida is in a similar situation to the Dallas Fuel, just with less hype. The Mayhem have made a similar announcement, with it also being from their management on Twitter.

Stay tuned @FLMayhem fans. We will have a bunch of roster news to announce this week including re-signings, waivings, as well as a big acquisition. Our team has been hard at work creating the strongest possible team for S2.

While their tweet isn’t as surprising as the Fuels, their actions might be more interesting. They’ve clearly stated all three trade abilities in the tweet: re-signings, waiving and a big acquisition. While re-signings and waiving aren’t too weird for the second worst team in the league with a star player, this one big acquisition is a big question mark. This new signing could make it or break it for this team, and most players are improvements in this lineup.

This team has made wholesale changes, and that was needed. The Dragons have made the biggest change to their roster, more than any other team so far. They’ve released eight of their original players, all at the same time.

The Shanghai Dragons has released Altering，Freefeel，Fiveking，Roshan，Xushu，Ado，Sky and Daemin from their contracts with the team.
The entire SHD crew thank you for your dedications and contributions throughout the first season of the Overwatch League.

The only players who stayed for the second season on the roster are Weida “Diya” Lu, Se-yeon “Geguri” Kim and Eui-seok “Fearless” Lee. This change was needed, but harsh to do. We all expected a purge from Shanghai, but one person everyone didn’t expect to go was Gi-hyeon “Ado” Chon. This Korean player came in along with Geguri and Fearless in the middle of the first season to improve the team. While Geguri and Fearless were clear upgrades, Ado did the same thing, which made it so much weirder with his departure. But, with the rumours of other Korean rosters wanting him, he might be a cheap steal for a future expansion team.