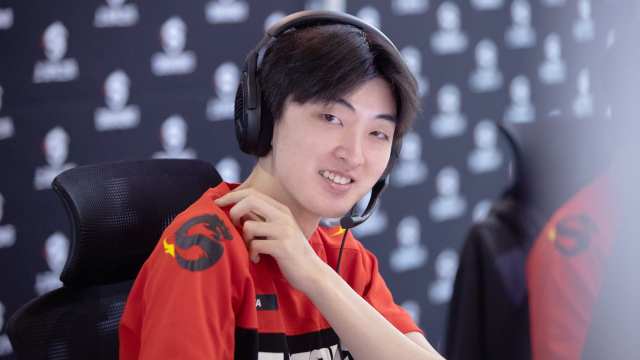 Provided by Blizzard Entertainment Fleta helped lead the Shanghai Dragons to their first tournament win of the 2021 season.

The Overwatch League has, at times throughout its history, felt like 18 teams watching two others trade blows back and forth until only one is standing at the end of the season. For 2021, those two teams seem to be the Dallas Fuel and the Shanghai Dragons. Dallas landed the first hit during the May Melee but the Shanghai Dragons just connected with a painful cross of their own. Everyone else is on the outside looking in, though there are a few others tightening the circle around the duel. But as long as those two keep winning tournaments, they should always stay near the top of Upcomer’s Overwatch League power rankings.

They don’t call it the wild west for nothing, as it feels like each stage of the season has settled into a chaotic pattern. The Dallas Fuel start off in the middle of the pack as they absorb, mirror and ultimately innovate on the meta, giving them a clear path to the international tournament finals. Then the usual suspects at the top of the standings have a strong three weeks only to be upset by the underdogs once the knockout games begin.

While predictability sounds bad on paper, at least this kind is exciting to watch. The top half of the region feels incredibly close (the bottom teams feel close for a different reason) and a back and forth rivalry is now brewing between the West and East divisions since Shanghai pulled out the last second victory. All that means the Summer Showdown should really heat things up as the playoffs draw ever closer.

The Dallas Fuel went into the June Joust to prove they were still the best team in the league. They lost in the finals in a tough, seven-map series, but they’ve held on to their seat at the top of the Western Division. Time after time, when the Fuel play at their best, there are few, if any, teams who can stop them. In their path to the finals, they only lost one map against any other team. That team was the Atlanta Reign, who played up to their opponent’s level during the match.

However, the Fuel showed very clearly during the June Joust that they can make mistakes. The best example was the team’s lack of experience against Wrecking Ball, which the Dragons used to upend the series. It’s an example of how, despite the Fuel upsetting everyone in the May Melee, teams planned around them much better this time. On most occasions, the Fuel’s overall skill was still too good to beat, but they couldn’t win the tournament off of it. As soon as MVP candidate Lee “Fearless” Eui-Seok chose to play heroes like Roadhog and Wrecking Ball, it was clear that the team wasn’t prepared. They remain at the top of the West, but the gap can shrink if other teams force the Fuel into those same mistakes.

For a team that many had written off due to a poor showing during the May Melee qualifiers, the Atlanta Reign proved themselves capable of fighting against the best. They beat the San Francisco Shock at their own game to reach Hawaii and then got off to a hot start with a sweep of the New York Excelsior. Oh “Pelican” Se-hyun tore teams apart on his Echo, further building his case for rookie of the year consideration. The Reign even fought tooth and nail in a loss to the Fuel, which ended up being the only match outside of the finals that didn’t end in a sweep.

Then Atlanta’s championship hopes came to an end when they ran into the juggernaut Shanghai Dragons, who dispatched them with yet another sweep. It was tough to see them struggle with the same issues that plagued the Fuel in the grand final: an inability to counter the Dragon’s Wrecking Ball composition easily. But, much like the New York Excelsior, nobody expected the Reign to make it that far. They were playing on house money, getting as far as they could, and a third place finish in the June Joust skyrocketed them up both our power rankings and the official standings in the West.

Few people expected Atlanta to upset the Shock, and even fewer in such an embarrassing fashion. The Shock looked like a completely different team during the first map of the match, barely able to hold any space on or around the control point, if at all. But to be fair to San Francisco, much of the issue was Pelican’s ability to penetrate the frontline and harass Park “Viol2t” Min-ki and Brice “FDGoD” Monsçavoir. Any counterpunch the Shock had in them all series was only made possible through brute force, multiple ultimates and the occasional C9.

What’s unclear, however, is if the Shock failed due to a lack of respect for the Reign or deeper issues with the team’s grasp on the meta. More than anything, it’s troubling that they have now been gatekept twice from these international tournaments. They can farm regular season wins all day long and still make it to the playoffs, but their chances of actually winning a match that matters feels lower than ever before.

The Dallas Fuel were seconds away becoming back-to-back tournament champions in 2021 when the best team in the East hit the nitro. The Shanghai Dragons, only weeks off their own grand final appearance in the May Melee, made it abundantly clear that no team taking an Overwatch League-sponsored Hawaiian vacation would take home the prize money in June.

Outside the tournament, Hangzhou’s event was an invigorating return to form for the Overwatch League, with wedding proposals and upsets filling up the weekend of in-person action. The reduced-capacity crowd will find it’s next temporary home in Shanghai during the Summer Showdown on July 9.

Can anyone in the East Division touch the Dragons? It seems possible, at times. The Spark 3-0’d Shanghai early in the qualifiers, and for a while it seemed like the Dragons would drop out of the June Joust playoffs. But regardless of these flashes of mortality, the Dragons prove themselves to be a cut above over and over again.

Their thrilling 4-3 victory over the Fuel was a masterclass in rock solid mentality and rapidly adapting to their opponent. There’s immense talent on this roster, backed by strong coaching, and it seems unlikely that anyone will be able to dislodge them from their spot at the top of the East Division. Maybe they’ll lose a game in the next qualifier cycle, but that’s frankly par for the course by now. It’ll take more than that to dethrone the beasts in the East.

Though the Spark were bested by the New York Excelsior in June Joust knockouts, it was a puzzling match that felt like a bit of a fluke, and NYXL’s playoff performance reflects that. Obviously, we have no way of knowing how the Spark would have done in comparison, but their qualifier record proves that they’re a more consistent team with more proven results overall. That’s why they remain at second in our Overwatch League power rankings.

It’s important to keep in mind how rapidly the Spark improved between the May Melee and June Joust. With players like Zheng “Shy” Yangjie stepping up to the plate and a whole new coaching structure, they managed to come back from a 1-3 May Melee and finish the June Joust with a 4-0 record. The Spark have enormous room for growth and it’s seeming likely they’ll continue to improve.

New York has kissed the pavement several times in June, splitting their Week 7 and Week 8 matches and proving that the East (beyond Shanghai) can be somewhat of a crapshoot. The team beat Philadelphia in a surprising 3-1 matchup but then lost in a similar fashion to Guangzhou. The dice fell in New York’s favor this time when they managed a miraculous win over the Spark that granted them admission into the June Joust.

A win like that rarely leads to further success, and that proved to be the case after both Atlanta and Shanghai made quick work of New York over the weekend. Two shutout losses showed that Sung-hyeon “JJoNak” Bang and company still need a lot of work before they can swing with 2021’s heavy hitters. Hopefully the potential ability adjustment will get another buff sometime soon.