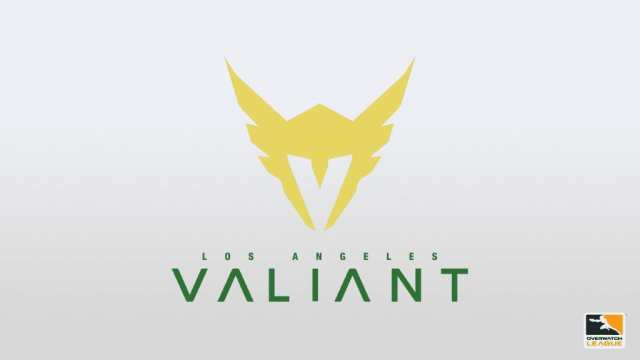 The Los Angeles Valiant were the second best team in the first season of the Overwatch League. Their consistent growth from stage to stage led them to a stage four win over the New York Excelsior. But how much did they change in-between seasons? Lots of players didn’t see much playing time last season, and lots of departures give new opportunities for new stories. Season two will be a chance to show that they’re still a top-tier team, but will they stay that way?

Up until Feb. 14, I’m going to go over each team and what’s changed since the inaugural season. Each team will have its own article, going over which players and coaches left, and who has replaced them. After going over the changes and my opinions on them, I’m going to rate them much like I did in my weekly series last season. This rating will be a little more in-depth, considering I have more time than a week to look over the teams, especially the new ones.

The Valiant were a home favorite in the Blizzard Arena along with the Gladiators, and the Valiant ended up ranked higher. Will that continue in this next season, or will they fall in the standings? Let’s look into the season two roster of the Los Angeles Valiant.

The best DPS on this roster that is still here from last season was Agilities. Being the projectile-focused DPS, playing Genji, Pharah, and Doomfist, his flexibility was a key to their success. He played well for both club and country, helping Canada reach second and third in the 2017 and 2018 Overwatch World Cups. Similarly to his club, his flexibility to tank and even Lucio was key to their victories. The only issue with Agilities is that both Bunny and KSF didn’t spend much time playing on stage, so synergy might take time.

Speaking of which, next player is Bunny. He played for a very short time on the Seoul Dynasty before joining the Valiant, getting some playing time in both before being benched. In the case of the Valiant, their need of depth called for Bunny. He is a hitscan player, playing Tracer, Widowmaker, and McCree. Unluckily, he ended up being benched much like he was in Seoul, due to someone else outplaying him. On the Dynasty it was Munchkin, but on the Valiant it was former player Soon, whom I will mention later on. This leads to Bunny most likely getting the start with Agilities though, a chance to prove himself.

Last on the DPS is KSF, another player who didn’t get much playtime last season. Being young and on the Valiant for part of the season leads me to believe he has practiced a lot with the other two DPSes here. Being a Genji and McCree player, he fills the substitute roll better this year with the departure of Soon. Hopefully he gets his chance to prove himself this season.

For people who didn’t follow last season, Fate and Space made up one of the best tank duos in the league. Fate was the main tank mainstay, playing Reinhardt, Winston, and Orisa when necessary. Space was the off-tank player, being the most consistent D.Va in the league, only rivaled by Meko from New York. These two players shouldn’t have any troubles going into the second season, but the new addition to the team might cause some.

This new addition is Kuki, formerly of the Seoul Dynasty. Kuki is an Overwatch veteran, one of the oldest in the league now at 27 years old. Much like Fate, he is a main tank player, playing Reinhardt, Winston, and Orisa. He got a decent amount of playing time in the first season but never solidified his spot. Now, it seems he understands his role as a substitute. There is no way he is replacing Fate unless sickness or leave occurs, but he should be able to hold strong for the matches he needs to play.

Custa is the main support player for the Valiant, one of the faces of the team. Being one of the few Australian players in the league, his skill as a shot caller and as a flexible support is key to this team. Playing Mercy, Lucio, Ana, and Moira throughout the first season, I can imagine he has trained to continue helping his team.

Izayaki is the question mark player in this roster, with no playtime in the first season. He was signed partway through the season as a substitute, but never played over Kariv. Both he and Kariv have similar hero pools as Zenyatta and Ana players, but Kariv played well with Custa when he was traded over. However, it seems this season Izayaki has a good chance to start.

Kariv is the flex support for the Valiant, but that might change for the second season. Kariv is a very good DPS player as well, as good as his Zenyatta and Ana play. He is also known for his Widowmaker and Soldier: 76 play, and it seems with the departure of Soon, he might transition into a pure flex DPS player. Considering Soon’s hitscan dominance, the issue with their DPS is that only Bunny has played Widowmaker at a professional level. If he doesn’t perform, the only person left is Kariv. I wouldn’t be surprised to see him playing DPS rather than support this upcoming season.

First, the big loss for the team has to be star DPS player Soon. His progression from the start of the season to the end was remarkable, only matched by rival player Lane “Surefour” Roberts. His great play on Tracer, Widowmaker, and McCree was the perfect combo with Agilities’ projectile play. Plus, his coordination with coach Daemon on both the Valiant and on the French national team led to plenty of success. However, with the end of the season and his French-speaking coach offering a spot on his newly coached team, Soon ended up joining him on the Paris Eternal. The attraction of representing his country’s capital must’ve been too great, but his loss on the Valiant is huge.

Finnsi is someone much less important to the roster, as he never saw the stage in the league. As a flex tank, his contemporary Space just was too solid with Fate to replace. Along with Soon and Daemon, he also joined the Paris Eternal.

Envy, much like Finnsi, is a flex tank. He started on the team as their main flex tank until Space was of age. Much like Finnsi, his lack of playtime led him to be released, where he joined Korean Contenders team Meta Bellum. But just after they finished their season, he got picked up by the Toronto Defiant and became their starting flex tank. He seemed the better over Finnsi, but Finnsi never got the chance to prove himself.

Lastly is their main coach who led them to the stage 4 title and second place standing finish: Daemon. His impact on the team clearly meant a lot. Their finish was admirable and they showed improvement throughout the stages. But the opportunity to coach a Parisian team was too great for him to stay, and he took Soon and Finnsi with him.

The starting players for the Los Angeles Valiant should be Agilities and Kariv on DPS, Fate and Space on tank, and Custa and Izayaki on support.

Even with Daemon leaving, their head coach is the same from all of season one. Byung-chul “Moon” Moon is their head coach, and he already has plenty of experience with these players. They do have a lot of departures, but their team seems to be focusing on keeping synergy. So how will this team fare in season two?

I’m giving the Valiant a 7.5/10. Their tank line is top tier, but the loss of Soon could cause a lot of changes in the second DPS slot throughout the season. Their support players are good, but Izayaki (if he starts) is unproven in the league. Not to mention their season ended in a disappointing loss in the playoffs, much like with the other great season team: the New York Excelsior. But unlike with the Excelsior, their pickups have been nonexistent. Their core is good, but will it be enough? Not on its own.