Due to a problematic launch, Blizzard are taking down servers for hours to fix issues 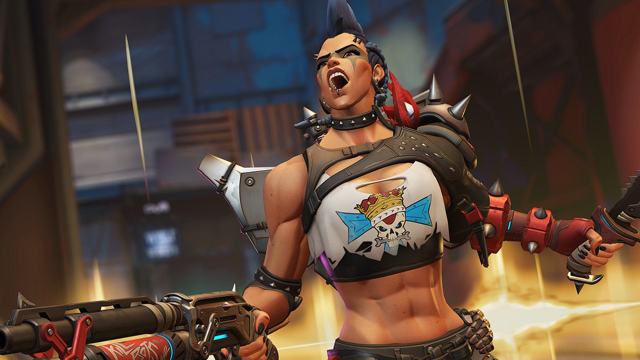 The Overwatch 2 development team have announced that the game will be unavailable for approximately four hours total to fix their server issues on Oct. 6, 2022.

Ever since the game launched around 3PM EST on Oct. 4, the game has been bombarded server issues. The development team confirmed that there were multiple DDoS (disrupted denial of service) attacks targeting their servers, causing most of the issues. By taking the servers down for this time, the team aims to not only fix stability but to put out a minor patch for some other bugs the game launched with.

There are a number of fixes going out today to address many of the issues players are experiencing with login and queues. These will take #Overwatch2 offline at the below times:

The schedule for the Oct. 4 Overwatch 2 downtime

The Overwatch team confirmed that the approximately four total hours of downtime will be split into two parts. First off, for around an hour from 6 PM EST to 7 PM EST, the servers will go down. This first stretch of downtime is specifically to address bugs involving account merging, general logins and the first-time user experience (FTUE).

Then, later on in the same day around 9 PM EST, the servers will go down for around three hours, so until midnight EST. This downtime is more to address player queues with significant database upgrades, to get around the DDoS attacks. According to the team, PC players might have to update their client first if this update doesn’t first appear.

We’re steadily making progress on server issues and stability, as well as working through a second DDoS attack. We’re all hands on deck and will continue to work throughout the night. Thank you for your patience – we’ll share more info as it becomes available.

On top of these server fixes, the Overwatch 2 team changed something late on Oct. 5 for players around the world. When the game’s release was on the horizon, the team revealed multiple anti-cheat and anti-smurf additions to the game. One of them is SMS Protect, making players connect their phone numbers to their accounts to play.

In concept, it was a good idea, but with the multitude of bugs that arose, fans complained. So, the team has confirmed that players who have played Overwatch since June 9th, 2021 will not have to connect their phone numbers to play. However, new accounts will still have to do so. This is to prevent cheaters and smurfs from easily accessing competitive game modes and ruining the matches for players.

As for bugs, the most recent blog post from the dev team has a list of all the known ones. Whether these will be addressed in the downtime or not, fans will have to wait and see.