If you've been ranked too low in Overwatch 2, you might get a big boost soon 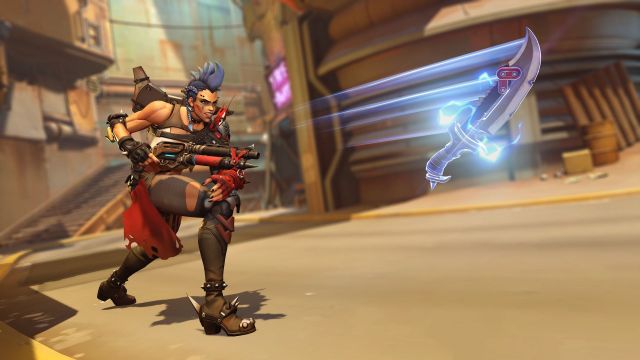 Provided by Activision-Blizzard. Junker Queen, on Junkertown in Overwatch 2.

A recent Overwatch 2 development blog has addressed hero balance issues, rank placement problems and more. The blog states that no single hero’s power level is too high for the team and that they’re going to keep an eye on Genji, Sojourn and Sombra. On top of that, they went into more detail about ranking lower than expected and how they will fix it for inappropriately ranked players.

To start, the team talks about how every single hero is at 45% to 55% win rate across all ranks. Due to this, there will not be any immediate significant balance changes to cover major hero issues in upcoming Overwatch 2 Season 1 patches. At the same time, the team was clear about a series of changes to come in season two. These changes are focusing on making all heroes balanced, but giving the second season a new identity.

Despite the balance remaining good across all heroes, the team acknowledges that some heroes that aren’t performing well. For example, despite the talk about D.Va’s strengths, her win rate is below Reinhardt, Sigma and Zarya right now. As for Doomfist, who is one of the worst tanks, they will look to improve him in Season 2. They specifically stated how his abilities Power Block and Meteor Strike might see changes.

The team also confirmed that Genji started as a dominant pick, but slowed down to a successful but reasonable win rate. So, the devs will keep an eye on Genji to make sure he doesn’t spiral out of control for the rest of the season, with possible changes in Season 2. As for other DPS picks, Sombra’s invisible hacking has led to tanks getting frustrated due to the lack of countering them. The team saw those complaints and will try to adapt and control them for the next season.

Map choices and the day/night cycle

As of right now, all maps across the Quick Play and Competitive modes have the same day or night choice. The full list is in the blog post, but the important news revolves around the rotations themselves. Each season, some maps will enter and others will leave the rotation, with similar maps possibly changing day/night cycle. One specific map not in Season 1 but returning in Season 2 is Rialto.

Fans have noticed that maps have new additional cover, and it looks like Rialto will get that treatment as well. But, if fans want to play some of the unavailable maps, they are available in Custom Games and the Arcade.

When the Overwatch 2 team first talked about the Competitive game mode and balance issues, they addressed that fans might get ranked lower than expected. This was due to the 5v5 changes as well as ranked decay, making new players have to earn the rank they earned in the original Overwatch. However, even with that knowledge, a lot of players ranked much lower than expected.

The team acknowledged this issue, mentioning that the most recent patch includes a fix that will allow those accounts to boost their rank more quickly. This only applies to those who placed before this patch, as future players will not face this issue.