Overwatch 2 Season 1 battle pass cosmetics, tiers, and how it works

Overwatch 2 Season 1 battle pass cosmetics, tiers, and how it works 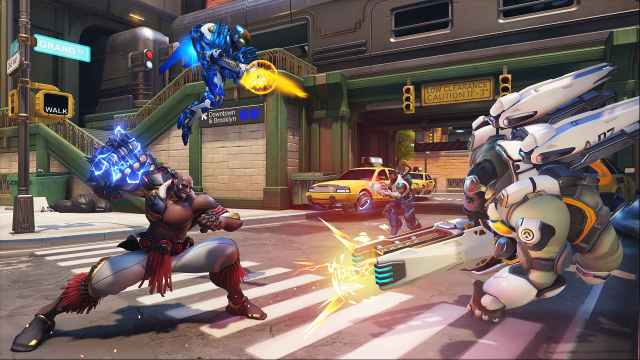 Provided by Activision-Blizzard. An Overwatch 2 fight on Midtown.

Overwatch 2 is introducing seasons to the popular FPS, and with that comes a battle pass.

With this being the first-ever Overwatch 2 battle pass, let’s take a closer look at what’s inside. This includes what’s free in the pass, what’s available, and what’s locked behind the premium battle pass. The pass consists of 80 tiers, with most of them containing premium content. For new fans, new support hero Kiriko is available for free just over halfway through the pass. Yet, for fans who owned the original Overwatch or got the premium pass, they get her to start their time in Overwatch 2.

New hero Kiriko is available on tier 55. Now, this only applies to fans who haven’t played the original Overwatch and haven’t logged in before Dec. 5. If you have played the previous game in the franchise and logged in before Dec. 5, Kiriko is instantly available. Asides from that, the free tiers of the pass show up all over the pass, with items like skins and victory poses.

To start, fans using the free battle pass will get a new player icon at tier 2, a Mei victory pose at level 6, the epic Winston skin Tactical at tier 10, and so on. Some of the rarer items available for free include a Pineapple Pizza souvenir, a new Junkrat emote, and the new Cassidy skin Forest Ranger.

As for the premium battle pass, there is a lot of content players get just from purchasing it. On top of instant access to Kiriko, you get the new legendary D.Va skin EDM. Plus, you get a Cybermari epic weapon charm and a 20% XP boost to the current battle pass.

Then, for future unlocks, every new tier unlocks something for premium pass users. On top of what the free players get, you also can get the legendary Kiriko skin Hinotori at tier 20 and then the legendary Sojourn skin Commando at tier 30. In fact, every 10 tiers unlock a new epic or legendary skin.

However, at the very end of the premium Overwatch Season 1 battle pass, the first ever mythic skin is available to unlock. Cyber Demon Genji is the first truly customizable skin in the game, able to change colors and aspects of the skin between games. Along with the new skin, players will get a player icon and spray to match.