Is old Ninja back? Clip of streamer yelling profanities in Fortnite goes viral

Is old Ninja back? Clip of streamer yelling profanities in Fortnite goes viral 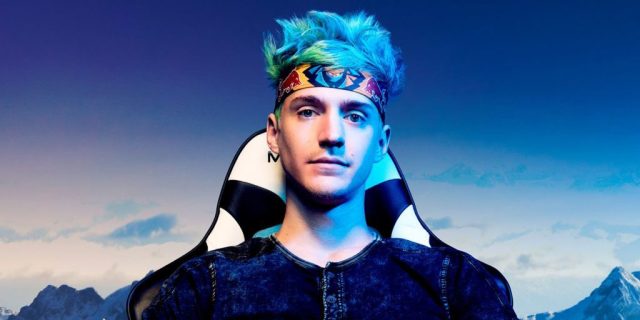 Could it really be happening? Earlier today, a clip of Tyler “Ninja” Blevins went viral after he yelled a profane comment at another Fortnite player. This brings back nostalgic memories of old Ninja viewers when he did this on a daily basis.

As Ninja began to blow up on Fortnite in 2018, his viewers became increasingly younger in age. Fortnite, after all, is marketed towards a younger audience with its cartoon animation. Seeing this change in viewership, Ninja decided to stop cursing on stream altogether. He would still rage and yell at his monitor but only used appropriate language.

In recent months, however, the star streamer started to slowly move away from this. He would host “After Dark” streams that were strictly catered towards a more mature audience. In these streams, swearing was allowed by him and any other streamer present.

It seems from this clip though that Ninja might be letting himself fall back into his old ways. The clip, which can be seen here or below, shows Ninja eliminating an opponent in Fortnite and then proceeding to yell a profanity their way. We won’t use the exact quote for decency’s sake, but it is certainly not PG.

It is unclear at the moment whether this was just a slip-up by Ninja or a direct attempt to become more like his old self. In the early Fortnite days, when he had the Gamertag “NinjasHyper”, profanities were the norm. Screaming at other players was just another Tuesday.

This, of course, disappeared once his popularity grew more and more, but it was clear Ninja seemed to enjoy himself less. That is, after all, half the fun of playing a video game — raging and cursing are all a part of what makes games great, as any Dark Souls enthusiast will tell you.

However, in a recent Uno stream with other top streamers, Ninja again allowed himself to rage and curse more than in the past. Maybe this jarred something loose and Ninja will continue to bring back some of his old ways.

Many fans of the biggest gamer on the planet will surely rejoice if this kind of gameplay returns. Although, there can be an argument made that Ninja should serve as a role model for younger gamers, as he is one of the most watched streamers on Twitch.

What do you think of Ninja bringing back his old ways? Let us know in the comments below. Keep up to date on all Fortnite news and updates with Daily Esports.