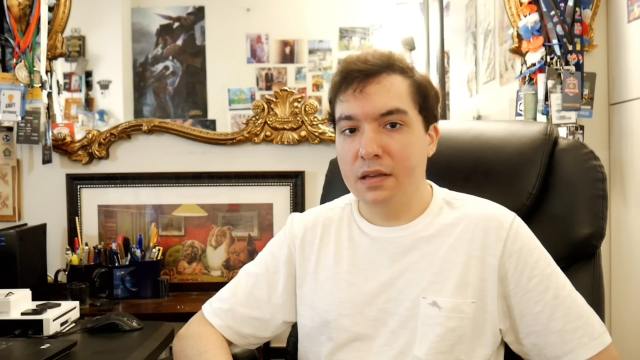 Screengrab provided by YouTube via Aziz Al-Yami Hax in an apology video addressed to Leffen from July of this year.

Hax was indefinitely banned by a number of Melee TOs in September of 2021 following the release of Evidence.zip 2. In the since-deleted video and accompanying document, Hax accused William “Leffen” Hjelte of attempting to establish a totalitarian regime within the Smash community, among other things. Hax has since released a formal apology to Leffen and others impacted by Evidence.zip 2.

In Monday’s statement, NYC Melee upheld the validity of the initial ban, while also attempting to clarify what it meant for Hax.

“The aforementioned ban was stated to have an ‘indefinite length’ which we believe leaves all affected parties in limbo as to a resolution; it is our belief all bans should have a defined end date or be explicitly stated as a lifetime ban,” the statement said. “We’ve also come to a consensus that a portion of this ban can be seen as retroactively served since the original indefinite ban was issued.”

Details about NYC Melee lifting the ban on Hax

NYC Melee laid out four prerequisite conditions that Hax must adhere to in order for his ban to end in January as planned:

“Hax$ has demonstrated to us and to the community at large remorse and an understanding as to why he was originally punished,” the statement said. “This decision was not made lightly and was the result of countless hours of discussion by the team over the course of multiple months, many of the details of which we are not at liberty to disclose.”

This decision only applies to events hosted by NYC Melee, such as The Nightclub locals and regionals like The Nightclub VIP and The Function. Up to now, no other tournament organization team has announced a decision to unban Hax.