NRG's starting five consists of many top players from 2022 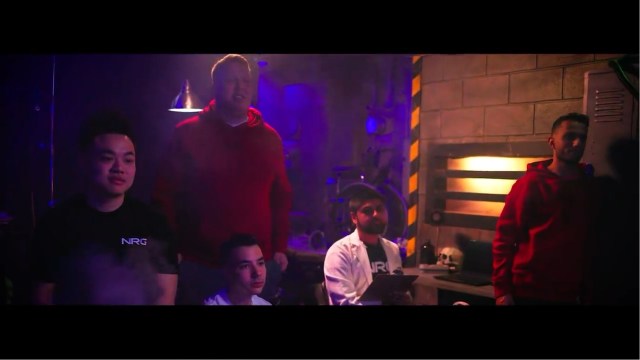 Provided by NRG. A screenshot of the NRG 2023 roster reveal video.

North American team NRG have revealed their starting roster for the VALORANT Champions Tour 2023 season, with only one returning player from 2022. Most notably, alongside a new head coach and a big-name European import player, NRG is starting fresh. They will compete in the Americas league, bringing in some top talent from former teams such as OpTic Gaming and FunPlus Phoenix. The one NRG player coming back from their 2022 season is duelist Sam “s0m” Oh.

Finishing the NRG VALORANT roster announce week with a W…@s0mcs is officially here to stay pic.twitter.com/8ezZoI3KoN

NRG reveals each player one by one

Over the course of a week, NRG revealed one player on their starting five each day. To start off the week, the team confirmed that former OpTic Gaming head coach Chet “Chet” Singh is the new coach for NRG in 2023.

But before we start announcing our players, we'd like to welcome home our coach.@chetsingh is officially back in the #NRGFam pic.twitter.com/axCyxubhbD

Then, the core of OpTic Gaming were revealed to also be joining, starting with Pujan “FNS” Mehta, then Austin “crashies” Roberts and Victor “Victor” Wong. Out of all the announcements, the fifth one turned out to be the most surprising. Latvian/British star player Ardis “ardiis” Svarenieks flew over to North America to join NRG for 2023 after his success in the FunPlus Phoenix roster in 2022.

Flying out our import from the nearest airport ✈️

With both OpTic Gaming and FunPlus Phoenix’s inability to make it into franchising, all their players became free agents. With both teams having success internationally and regionally, their players became hot commodities. One of the first to go was star duelist Jaccob “yay” Whiteaker, who joined Cloud9. However, the core of OpTic Gaming wanted to remain together in North America. So, three of the remaining four OpTic players joined NRG; This left Jimmy “Marved” Nguyen as the only former OpTic player yet to officially join a VCT team for 2023.

Now, these five revealed players are the starting five for NRG. The team will have to sign a sixth player as a substitute, as per league rules. Yet, with the s0m reveal ending NRG’s reveal week, we’ll have to wait for the full NRG 2023 roster to be complete.