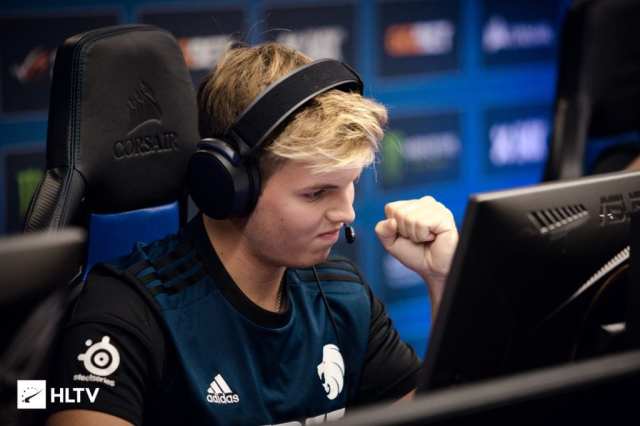 Danish rivals North and Astralis had an incredibly close series at Dreamhack Masters this past Thursday. However, it was North who would come out on top after three maps. It is an unexpected end to what many people would consider a lopsided affair.

Astralis was coming off a pretty decisive victory against Grayhound Gaming yesterday. Although their superstar AWPer Nicolai ‘device’ Reedtz was having an off day, the other members of the juggernaut were playing quite well. In fact, their rifler Andreas ‘Xyp9x’ Højsleth was playing really well against Grayhound. However, they cannot expect North to roll over like how Greyhound did.

On the other hand, North was also coming from a dominant win over TYLOO Gaming. The trio of Markus ‘Kjaerbye’ Kjærbye, Valdemar ‘valde’ Bjørn Vangså, and Mathias ‘MSL’ Lauridsen would overwhelm the Chinese team. Now, both teams were coming in with some good momentum from their previous wins. It was expected that Astralis, who many consider the best team in the world, would take the win easily over North.

A true David vs. Goliath match

Their first match would be on Nuke, where Astralis has a fifteen game win streak on LAN. They would have a bit of problem in the early rounds, with North even going up 7-4. However, they would hit the halfway mark of the map with Astralis up by one round. This would be where Astralis would take over the game, finally taking the map 16-8 after some great rounds from Xyp9x and dev1ce.

On Inferno, many would expect that Astralis would use this first win to push towards another map win. However, North would make things interesting. Behind the great AWP play of MSL, they would lead the map up to the half, 9-6. In the next half, North would keep their hold on the match. Even with Astralis taking four late rounds, it would be for naught. North would take Inferno easily, 16-10.

Their last map, Mirage, would be much more close. The young Astralis star Emil “Magisk” Reif would take a quick four kills in the first round. Astralis would take the next round, but after a bit of a back and forth affair, they would reach a 3-3 tie. However, North would manage to link up a few rounds to end up pushing their advantage. They would end the half, leading the map 10-5. In the next half, North would get close to the win, reaching a 14-9 scoreline.

Astralis would not give up though, as they would push the game into overtime with some good play from dev1ce and Lukas ‘gla1ve’ Rossander. Overtime on Mirage would see Astralis jump out to an early lead. They would win two of three round on the CT side, with an effective double AWP setup. However, North would climb back at the switch. After an exciting third map, North would end up taking the game, 19-17.

North, having proven that they are a team to be feared, is now heading to the quarterfinals of Dreamhack Masters. They have to be ecstatic about the results and any team must be worried about the momentum they will be bringing into the playoffs. Astralis is still a favorite to win the tournament, even with a setback like this. I expect them to bounce back with twice the vigor when they face off against TYLOO tomorrow.

What do you think of North’s victory over Astralis at Dreamhack Masters Stockholm? Let us know your thoughts in the comments below! If you want more Counter-Strike content, check us out here!