The International 11 group stages are off to a rocky start 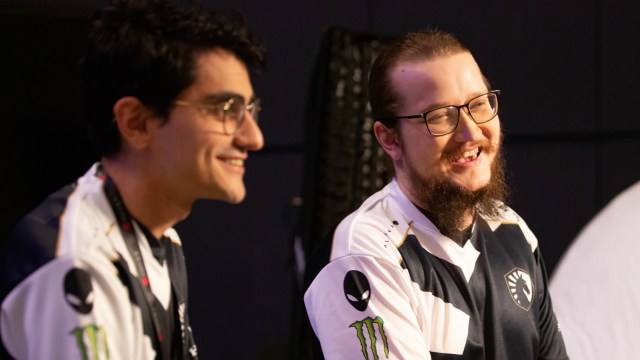 The first day of The International 11 group stage kicked off on Friday and the fans were treated to some surprises. On the positive end for some, North American representatives Evil Geniuses dominated their group, coming out of the day with no losses. On the other, The broadcast was mired in production issues.

In a tournament where China and Western Europe were touted as the strongest regions, North America’s Evil Geniuses came to play on the first day.

Evil Geniuses first got rid of in-region rivals Soniqs with a clean sweep, they did the same to PSG.LGD, the preemptive favorite coming into the tournament. Finally, they also swept OG Esports, one of the strongest teams coming into the tournament. Evil Geniuses played a lane-dominant style in order to get this lead, but there are still 12 games remaining and it is up in the air whether the performance will hold.

The closest team to Evil Geniuses’ win count was RNG, the second seed from China. While North America has represented at the top, Southeast Asia has had a rough go of things with all three representatives, BOOM Esports, Fnatic and Talon at the bottom of the standings.

Day 1 of the Group Stage has come to a close!

Day 1 of group stage is plagued by production issues

The Dota 2 subreddit was a wall of complaints on Saturday morning as the broadcast run by PGL went through several issues throughout the broadcast. Consistent disconnects, frame drops and even a strange moment where a rabbit video was played on the broadcast. After some digging, it turns out that it was a Blender short film used to show the capabilities of the program known as Big Buck Bunny.

The video above was just a small example of the problems that affected the broadcast on the first day of group stages. The hope is that the second day will be smoother for the sake of Dota fans everywhere.