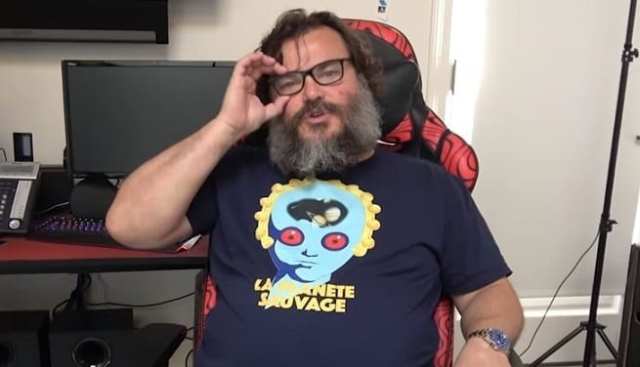 This is not the greatest channel in the world, this is just a tribute. But with 2.5 million YouTube users subscribed in ten days, it’s off to a good start. Actor Jack Black launched his new channel, Jablinski Games, on December 21. So far, he hasn’t even released any content aside from an intro video and a congratulatory update after reaching 1 million subscribers – but that only took a week to accomplish. Black said that Jablinski Games will be bigger than Ninja and PewDiePie and that his video content will appear regularly every Friday. He then proceeded to parody PewDiePie with a chair spin.

The actor hasn’t stated exactly what kind of games he’ll be playing at this time. The star has stated that he grew up playing games such as Space Invaders and Marble Madness. In an interview, Black states that he is a huge fan of the Grand Theft Auto series and expresses his excitement for Red Dead Redemption 2. Jack Black has also voice acted in video games such as Broken Age, Brütal Legend, and King Kong: The Official Game of the Movie. While it could be entertaining to watch him play some of the titles he’s acted in, some speculate if he’ll go the esports route also. Watching Jack Black play big titles such as Fortnite or PUBG could bring quite the draw as well. He won’t be limiting himself to gaming on his channel, though. The actor-turned-YouTuber is also going to release content on food and general life.

Esports and streaming are taking over the world, and many celebrities are jumping on board. DJ Steve Aoki and actor Ashton Kutcher are two such esports enthusiasts. With esports teams winning millions of dollars and top streamers making over $500,000 a month, there’s a lot of opportunities there. Jack Black is already a massive hit in both acting and music, having toured around the world with his band, Tenacious D. As evidenced by the overwhelming popularity of his channel already, a star going the gaming route could be quite lucrative. The opening introductory video he released has almost 8 million views at the time of this writing.

It’s speculative at best to say for sure just what role Jack’s got in store for his channel. As an entertainer, it’s likely to assume that he’ll be playing video games in a comedic fashion. He may also endeavor to actually compete, however. Professionally competing in video games has never been bigger, and has some serious payouts. It may also offer an interesting new direction for a man who’s already conquered movies and music. Watching Jack play more ‘old school’ type games from the Super Nintendo era or PC classics such as Doom or Wolfenstein might be a good source of entertainment, as well. One thing’s for sure with Black’s new foray into gaming: The world is already watching.

Do you think Jack Black has a shot at toppling Ninja or PewDiePie? Let us know!