One of Twitch's biggest icons is staying put 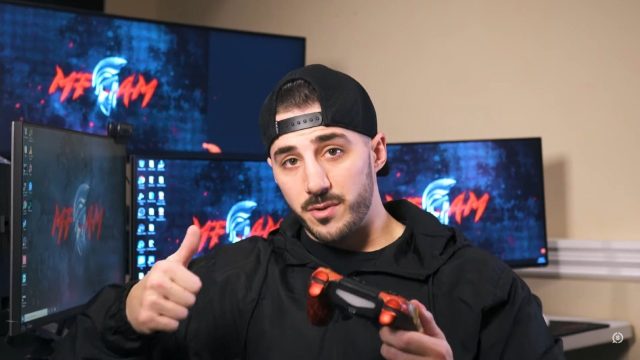 Provided by Nickmercs Nickmercs has only ever streamed on Twitch.

Nick “Nickmercs” Kolcheff, one of the most popular streamers on Twitch, announced today that he’s signed a new deal to remain on the platform. After teasing the “deal of a lifetime,” Nickmercs is staying with the Amazon-owned streaming platform in a new exclusivity deal. The terms of the contract that Nickmercs and Twitch agreed on are not public as of yet.

Earlier this summer, Nickmercs’ fellow Twitch streamers Ben “DrLupo” Lupo and Tim “TimTheTatman” John Betar both left Twitch for YouTube Gaming. Shortly following their departures, Nick revealed that he had also signed a deal of similar magnitude. Many fans assumed that he was also leaving for YouTube, as the platform has been gobbling up former Twitch streamers left and right.

However, it seems that Nick doesn’t want to leave where he began his streaming career. He and the MFAM, the name for his follower base, are staying put for the foreseeable future.

THE SHOW GOES ON! pic.twitter.com/SE93iSIFe0

Nick shared with The Verge that “There is currently nothing like streaming on Twitch.” He also explained that he already creates content on YouTube in the form of his main and second channels. He uploads segments from his Twitch streams that either showcase Warzone or Apex Legends gameplay or simply highlights an interesting story from a previous stream.

With how well his YouTube channel has been doing as of late, it makes sense that Nickmercs wants to spread his presence across multiple platforms. He currently boasts over five million subscribers across his channels on YouTube. Moving forward, fans can find Nick streaming from the same Twitch channel he’s been on for nearly a decade.