The worlds of football and gaming grow ever closer 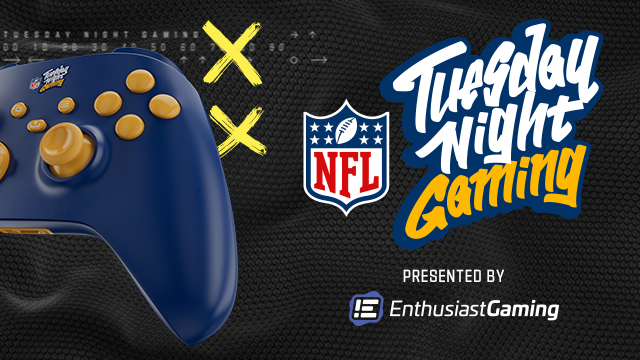 NFL Tuesday Night Gaming is the first event of its kind, the league said.

The National Football League and Enthusiast Gaming have announced a multi-year partnership that will begin with “NFL Tuesday Night Gaming,” the organizations announced Wednesday.

This collaboration between the NFL and gaming entertainment company Enthusiast Gaming will bring NFL stars and gaming creators across the industry together to participate in NFL Tuesday Night Gaming. Tuesday Night Gaming will begin at 6:30 p.m. ET on Sept. 13 and take place every Tuesday over the course of the 2022-2023 NFL season. The show will stream live on YouTube for the United States and Canada.

“No one has brought together the gaming community with any sports league for a program of this scale before,” Kara said in a statement. “We are honored to have been chosen by the NFL to collaborate on this unique and important initiative that will help expand the NFL’s reach to gaming audiences.”

Every week, a rotation of 12 current/former NFL players will be thrust onto a video game creator’s turf, according to the announcement. There will be six content creators competing in this event from different esports organizations, including Luminosity Gaming, which is a subsidiary of Enthusiast Gaming. Every week will see different teams competing against each other across three gaming titles. The format for these competitions has yet to be announced.

After the night of competition has concluded, the teams will be ranked according to how well they performed. The top four teams will qualify for a single-elimination playoff against the other qualified teams. The winner of this playoff will be crowned the winner of the inaugural NFL Tuesday Night Gaming season. There will also be an All-Star Game at the end of the season that will take place near the NFL’s Super Bowl week. The All-Stars will be chosen by the fans, and the winning team will be able to donate a cash prize to a chosen charity.

Aside from the weekly competitions, the NFL and Enthusiast Gaming have also announced the production of daily content surrounding the event. This will include pre/post-game analysis as well as highlights from the previous week’s competition.

“The NFL is excited to collaborate with Enthusiast Gaming on this first-of-its-kind content series for the League,” NFL Senior Vice President of Consumer Products Joe Ruggiero said in a statement. “NFL Tuesday Night Gaming will be a unique addition to our weekly schedule that embraces the broader gaming community through an entertaining mix of NFL stars and video gaming culture.”

The NFL has remained committed to integrating video game culture within its own infrastructure. Previous partnerships with esports organization FaZe Clan and the video game Fortnite, among others, were the stepping stones to reach this point.

This is also not Enthusiast Gaming’s first foray with NFL stars. The organization announced in April 2021 that former NFL cornerback and Super Bowl champion Richard Sherman would join EG’s board of directors.