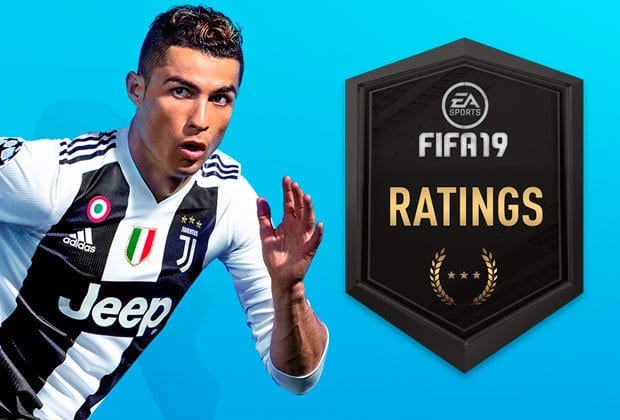 Do you want more FIFA 19 player ratings? Don’t worry — we got you covered. Earlier today, EA released the latest batch of player ratings for FIFA 19. This batch includes players 30 to 21. In case you haven’t read any of these articles before, in anticipation for FIFA 19, EA has released the ratings for the top 100 players in the game. Now we are getting to the “cream of the crop,” as the players featured from now on can be considered “world class.”

As I have said numerous times in my previous articles, these are the top players in the game. What that means is that these players are already considered exceptional, so their ratings will only be improved by a couple points at the most. To be honest, I would hate to be in charge of the FIFA 19 player ratings. It’s a very tough job. With that said, the ratings should be based on their previous year’s performance, and some of the players featured above should have their ratings altered slightly.

The first should be Mats Hummels. Since his move to Bayern Munich, he has hardly looked like the Hummels we saw at Dortmund. He has faced injuries over the last two years, but his performances even when healthy were, for lack of a better word, good. However, when it came to the World Cup, like most of the Germany team, he had an awful tournament. With all that said and taking into account his rating last year was an 88, I don’t know how he got an upgrade. I know it’s just one point, but 89 seems too big a rating for him based off last year. If anything, he should’ve stayed at an 88. Maybe he should’ve been given an 87? All I know is that 88 still would’ve been fair.

Next up, I want to look at Salah, Coutinho, and Isco’s ratings. As you can see from above, EA feels that out of those three players, Isco is the best. Personally, I don’t think that’s true. If we are judging off last year’s performances, Salah is the standout every day of the week. If it were my decision, Salah would receive an 89, with Coutinho and Isco sitting at an 87. The reason I grouped these guys together is that to me, they are relatively the same type of player. All three are great on the ball, can dribble exceptionally, have great movements, etc. For me, Isco and Coutinho both had good seasons, but Salah had an exceptional season and should’ve been the best of the three.

Let’s keep this ball rolling with the goal-keepers. Honestly, I don’t know how Ter Stegen is rated higher than Lloris. Don’t get me wrong — both are great goal-keepers, but Lloris has been performing at a high level longer and more consistently than Ter Stegen. Also, Lloris is coming off a World Cup victory. Both goalies are capable of moments of pure stupidity, but I think that Lloris is the better goalie. In my head, Lloris should have an 89, and Ter Stegen should be at an 88.

Lastly, I’ll just quickly recap the other players. These players I pretty much can’t argue with. I feel that Dybala’s rating is fair considering last year could be considered a “disappointing” season. Also, David Silva and Edinson Cavani’s ratings are fair. David Silva maybe could’ve been given a 90, but that’s just me. The same could be said with Marcelo. He has arguably been the best left-back in the world for the last five years. An 88 is still a great rating for him, but considering he had another great season, an 89 would have been perfect for him.

What are your thoughts on this batch of FIFA 19 player ratings? As always, let us know down below. And be sure to come back and check out more of our FIFA 19 content.