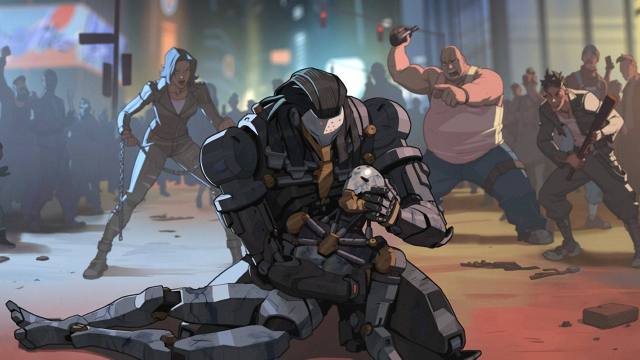 Omnic tank Ramattra is the 36th hero in Overwatch 2, coming with Season 2 starting on December 6th.

This long-awaited hero is an omnic with two distinct forms and, according to developers from the live stream, is key to the upcoming story of Overwatch 2’s PvE game mode. This will mean Overwatch 2 will have a total of 11 total tank heroes come Season 2.

The leader of Null Sector is on a mission to create a better world for Omnics… no matter the cost.

Thanks to some talks on the Watchpoint desk, the Overwatch developers for the new tank Ramattra gave some more insight on both backstory and future gameplay.

Starting with story, this hero will appeal to fans who have been looking to learn more about omnics. According to the dev team, his motives with Zenyatta were close enough to share a sibling-like relationship. At the same time, they’re opposed enough to not both remain monks. For omnics, their lives are more finite than humans and that is a core piece of Ramattra’s perspective.

As for gameplay, the video shows that the hero has two distinct forms. The regular omnic form features a staff, able to tank and negate damage for their teammates. But the other form is dubbed the nemesis form, making him more of an offensive threat, allowing him to contest backlines and punch enemies.

On top of the hero reveal, the Overwatch team also showed off a new item revolving around the new tank Ramattra. A hand-painted statue, showing off the top half of the character in distinct detail. Available for pre-order on the Blizzard shop soon, this is a great visual creation of the new hero for fans to get their hands on.