New Overwatch novel about Ashe and McCree leaked on Amazon

New Overwatch novel about Ashe and McCree leaked on Amazon 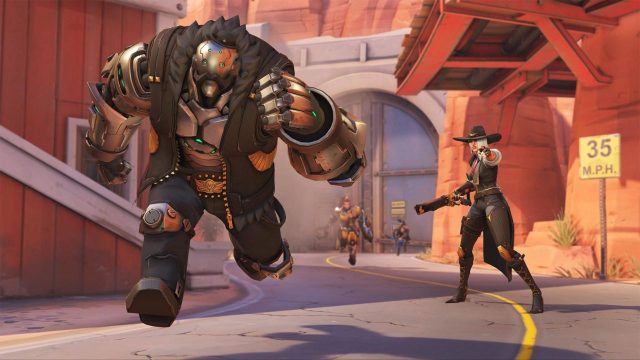 A leak on Amazon suggests that we will be getting a brand new Overwatch novel in June of 2021. This one looks to be about the Heroes Ashe and McCree and their time in the Deadlock Gang following the Omnic Crisis.

The new Overwatch novel will follow Ashe and McCree

Ashe and McCree are both Damage Heroes in Overwatch. Both characters are American and have ties to the infamous Deadlock Gang. We know that Ashe is the leader of the gang and McCree was once a part of the group in his past. Based on the in-game interactions between the two Heroes, we can assume that the two had a falling out at some point and McCree left the gang.

This novel will shed some light on their time together in the Deadlock Gang. Following the Omnic Crisis (the war between humans and the robots known as Omnics), the Deadlock Gang controls the American Southwest. Ashe is looking to take control of the West and profit while the world is in a state of chaos.

It will explore the founding of the Deadlock Gang and the origins of fan-favorite heroes Ashe and McCree. Written by Lyndsay Ely.

This will be the second novel about the game

This will be the second Overwatch novel. The first one was about Orisa and her creator, Efi, and how they rose to save the city of Numbani. It is called The Hero of Numbani, by Nicky Drayden. There isn’t a title for the new novel yet, but we do know that the author is Lyndsey Ely.

With new comics coming out each month, and a new novel on the way, Overwatch fans should have plenty to look forward to. There is also Overwatch 2, which should come out sometime in 2021 as well.

If you want to learn more about the Overwatch universe, their comics, animated shorts, and novels give some great insights into the world behind the game. Be sure to check them out and let us know what you think in the comments below.