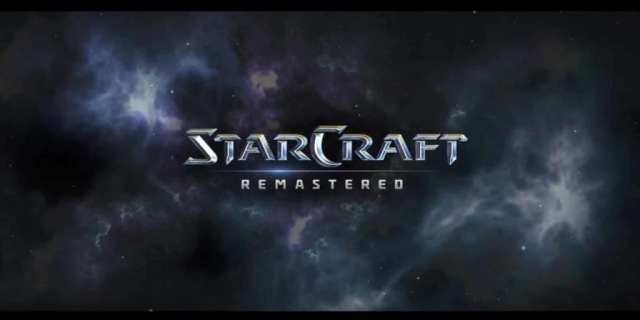 The new StarCraft: Remastered ranking system, revealed a week ago, has finally gone live! Patch 1.22.0 introduces the new ladder and some eye candy to go with it. Players will also receive rewards and portrait borders based on their ranking and will be able to view their performance statistics in the new Seasons tab.

A long-awaited change–StarCraft: Remastered now has a ranking system similar to StarCraft II and other Blizzard games. All players begin Season 1 unranked. They have to play five placement matches, the results of which will determine their starting league. For those who have played SC:R since the release, MMR for the initial placements will be based on their Frontier League data.

After each game, players will be able to see how much MMR they’ve gained or lost as a result of the match. More importantly, it is now possible to see exactly how much MMR is needed for a promotion or a demotion. Rankings will be based on a fixed value for the first two weeks until there is enough data to introduce the dynamic system. The system will be percentage-based, and the data will be updated daily. MMR decay will also be present in every league. S-rank players will have to play at least five games per week to maintain their position.

Players now have access to the new profile tab, Seasons. It contains detailed information about current and previous seasons’ ladder performance. Players have access to their MMR, global ranking, total wins, and individual statistics for each map. Global performance per race is also available in the Seasons tab.

A new ladder brings new cosmetics! Each rank comes with a border, just like in StarCraft II, so players can show off their fancy S rank to all their friends and opponents. Players can toggle the ranking border on and off if they want. Top ranks–S, A, and B–earn unique portraits each season; the S league’s portrait is even animated! Anyone who logs into StarCraft: Remastered during Season 1 will also receive an exclusive portrait. The updated Collection tab will give players more control of the console and building skins, as well.

Most modern titles that involve competitive play feature a similar ladder system. StarCraft: Brood War was a black sheep for a long time with its huge skill gap within certain ranks and an overall confusing queue system. People often requested that Blizzard change the ranking system to be more like StarCraft II. This was a controversial topic for a while, since a big part of the player base considered the existing ladder a better solution. This was mostly due to the infamous “ladder anxiety,” a state of mind when players have anxiety towards competitive play. Some people claimed that it didn’t trigger the problem since the classic Brood War ladder was not oriented around MMR and being “Bronze” didn’t mean anything.

However, problems with being matched against uneven opponents–both much weaker and much stronger — persisted, and the introduction of the new ladder system should at least solve that issue. Lots of players have stopped playing in the past due to the lack of a proper ranking, and they will most certainly come back to the game with this patch. We will see how this change will affect StarCraft: Remastered in the long run, but it is definitely positive.

It is currently unknown whether the matchmaking will be purely rank-based, or if it will rely on MMR to find an equal opponent. This should not affect the experience of an average player since both ways will provide relatively balanced matchmaking. The only downside to this system will be the smurfing–people of the higher level playing on new accounts, an issue that plagues all modern competitive games. However, this problem is very inflated, and it is unlikely that there is a good way to solve this issue in StarCraft: Remastered.

This patch also presents an updated competitive map pool, which now includes Roadkill. This new four-player map was introduced in the Korea StarCraft League and proved to be a great addition to the pool. The updated map list looks like this:

Great news for our fellow map makers! New ramps have been added to the editor in this patch. Eighteen different ramps that can be extended to any length in any direction are now added to many tilesets. This is a nice touch directed towards the map creators. Regular players, most likely, will not pay any attention to this change.

Click here if you want to read the official patch notes and here to visit the discussion forums.