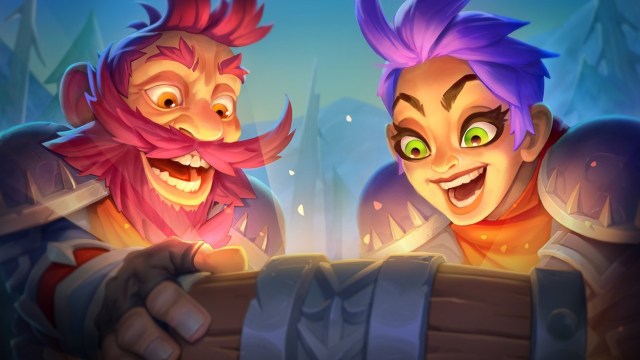 Provided by Blizzard Entertainment The reveal will take place on Nov. 1.

Hearthstone players are getting big news sometime soon. Details about the next Hearthstone expansion will be revealed on Twitch, Blizzard announced on Thursday. Here’s everything to know about the big day.

The new Hearthstone expansion reveal will take place on Twitch on Nov. 1 at 1 p.m. EST.

It will be a 30-minute announcement, and viewers will get the chance to earn a free Murder at Castle Nathria card pack just by tuning in. Hearthstone fans must watch the announcement stream for 15 minutes in order to qualify for the card pack, according to the official announcement.

Typically, Hearthstone expansion announcements go over new mechanics, keywords, cards, and other game-changing updates. The current expansion, Murder at Castle Nathria, had a cinematic trailer and expansion overview dedicated to it.

How to get Twitch Drops

When the Hearthstone expansion announcement stream begins on Nov. 1, make sure to log in to Twitch and visit the official Hearthstone channel. A callout will show up at the top of the chat and include information about the drop requirements such as how long to watch a stream for the reward.

When watching the Hearthstone expansion reveal, the process towards the drop can be checked in the profile menu. After reaching 100% process, a claim notification appears at the bottom of the chat. One can also head to the drops inventory page for an overview of their rewards and campaigns.