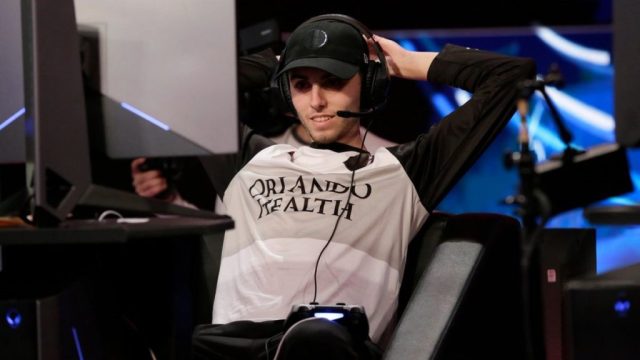 As the calendar turns to June, the NBA 2K League schedule heats up along with the temperatures. With many of the top teams in action last week, week eight provides plenty of games for the teams floating around the middle of the pack. Games begin on Wednesday with a big matchup between 76ers GC and NetsGC at 6:00 PM ET.

With just five weeks left of the regular season, games are beginning to have serious playoff implications. Teams stuck in the bottom of the standings are running out of time to turn things around, while top teams can better position themselves for the final stretch. Fringe teams like Jazz Gaming and Hawks Talon GC have an opportunity to slide in playoff talks with 2-0 weeks. No playoff spots can be clinched or lost this week, but the results could begin to paint a clear postseason picture.

Fans can watch all 14 games slated this week on Twitch and YouTube between Wednesday and Friday.

After multiple split weeks among the NBA 2K League’s top teams, it was a clear choice for the top ranking. Only one team in the top six walked away from last week with a perfect week and jumped into the top spot.

Blazer5 Gaming came into week seven as arguably (and self-proclaimed) the best team in the league. The Portland crew had its struggles leading up to the week, but they looked clean in every aspect of NBA 2K. First, Blazer5 easily handled Pacers Gaming, 66-52, and then secured an 18-point win over Kings Guard Gaming. With a bye week in week eight, Blazer5 is going to be the favorite to win next week’s The Ticket Tournament.

It was not the easiest week for Mavs Gaming to defend its top spot last week. Mavs opened Friday by dismantling a solid Kings Guard group by 29, making Friday’s finale versus 76ers GC even more important. Against 76ers GC, the Dallas crew fell behind early and did not challenge the gap until late in the game. Mavs Gaming lost by six and suffered its first loss of the regular season. Luckily for the Mavs, the rest of the top teams had similar fates.

Warriors Gaming Squad repeated the issues from week six into week seven. It took care of business against the tougher matchup in Pacers Gaming, but the team failed to clinch the perfect week after a loss to Hawks Talon GC. There is no denying Warriors Gaming Squad is a playoff team this season. The question now becomes, can it string together the wins necessary to earn the championship on short time for preparation?

Like Warriors Gaming Squad, 76ers GC did not have a clean week. The Philadelphia group had a poor showing against a well-prepared Magic Gaming, losing by 18. 76ers GC followed that performance by handing Mavs Gaming its first loss of the season. Looking at the record, it is clear 76ers GC has consistency issues. The team needs a 2-0 week this week versus NetsGC and Pistons GT to prove it is still a contender in the NBA 2K League.

Bucks Gaming had last week off. Fans have to hope this time off was used to practice generating offense with and without star Aaron “Arooks” Rookwood. League viewers will find out if Bucks Gaming solved its biggest issue of the season on Friday when the Bucks face Magic Gaming.

It was a week where viewers were going to find out whether Pacers Gaming was a legit contender. The Indiana team failed to get a win over two top teams, but it at least looked competitive against Warriors Gaming Squad. Good news for Pacers Gaming is that this week should be easier with games against Raptors Uprising GC and Grizz Gaming. With the talent on the roster, Pacers Gaming is still a playoff contender despite the setback.

Magic Gaming had time to prepare for this week, and it showed. The Orlando squad played the best NBA 2K it has all season. Magic Gaming’s impressive week produced a 22-point win over Raptors Uprising GC and 18-point win over 76ers GC. There were plenty of questions surrounding this roster, but things seem to be clicking again at the perfect time.

Facing the top two teams in the league last week was never going to be an easy task for Kings Guard Gaming. However, the games were not even close. The Sacramento squad suffered blowouts of 29 to Mavs Gaming and 18 to Blazer5 Gaming on the same day. Kings Guard Gaming’s surprise run took a turn, and it looked like last year’s mediocre squad last week.

With the bye week last week, Heat Check Gaming had time to work out some recent issues. Knowing the potential of this roster, it has been a disappointing showing so far. Heat Check Gaming has an opportunity to get over .500 this week, but it has to defeat Magic Gaming first. A 2-0 week puts this squad back into playoff talks around the NBA 2K League.

Fans could argue that Celtics Crossover Gaming or NetsGC belong in this spot. In regards to last week, Celtics Crossover had a close 2-0 week against poor competition. The wins NetsGC has racked up recently are more impressive. The team can cement its spot even more with a week eight opening win against 76ers GC. The opener is a matchup NetsGC should be well-prepared for after the bye week last week.

The remaining teams rank as follows:

Stay tuned to Daily Esports for more NBA 2K League power rankings. Let us know in the comments if you have some strong opinions about them!